In a perfect world, the concept of marriage is easy. You meet someone, you fall in love, you get married, and you live happily ever after. We know that simply is not realistic and marriage is hard. It takes work Just like starting a garden from scratch, you put in the time, effort, and hard work that comes along with it if you want your garden to thrive.

A Florida couple is proving just how rewarding that can be. Fern and Dale Doyle are the perfect examples of a couple that radiates hope for others at achieving true happiness and they embody the true essence of what it means to be good Christians.

Fern happened to catch the eye of her future husband back in 1945 at Centralvue High School in Oklahoma. He was in the bleachers with friends as she strolled across the gym.

“Who is she,” Doyle asked the group.

That was all it took for Dale to gain the confidence he needed to approach her. He asked her on a date and by Christmas, they were engaged. The couple was eager to get married before graduating high school, so a date was set for April. Now back in 1946 getting married in Oklahoma was not a simple process. They required a blood test and then a waiting period of at least a couple of days.

Doyle and Fern were not going to let that stop them, so they drove to Texas where they could immediately get married. Once they arrived in Wellington, Texas, they drove to the home of a preacher they knew from the Church of Christ. He was not home so they attempted to reach a Baptist preacher who was also not at home.

The determined couple did not give up and headed to the courthouse to be married by a justice of the peace. No fancy ceremony, no huge budget just good ol’ fashioned love.

Now, what makes this couple so special is not just their devotion to each other but also their faith which has played a vital role in their marriage for the last 75 years.

At 93 years old they still do everything together including being the groundskeepers for their church in Miami.

“They live on the property and have always been very conscientious about their responsibilities, which include locking up the building every night. They are rarely apart and truly united into one flesh.” Said Lead minister Jim Holway in a recent interview.

The couple believes that God ultimately put them together.

Fern also credits the secret to their long-lasting marriage to simply not wanting to be apart from each other.

“Fern and Dale are such a beautiful example of how putting God first in your life blesses every aspect of your life,” Sunset Church Elder Jeff Hinson said during the same interview. “They are so sweet and have so much love for each other as well as everyone in our church family. They are a wonderful example of a loving couple who are totally committed to God and to each other. As a team, they are dedicated in service to the Lord and his work. When I grow up, I want to be just like them.”

In the pursuit of happiness, it is imperative to take a look around and find those that you can draw inspiration from. People could learn a thing or two from Dale and Fern. 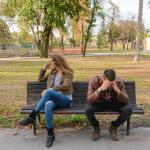