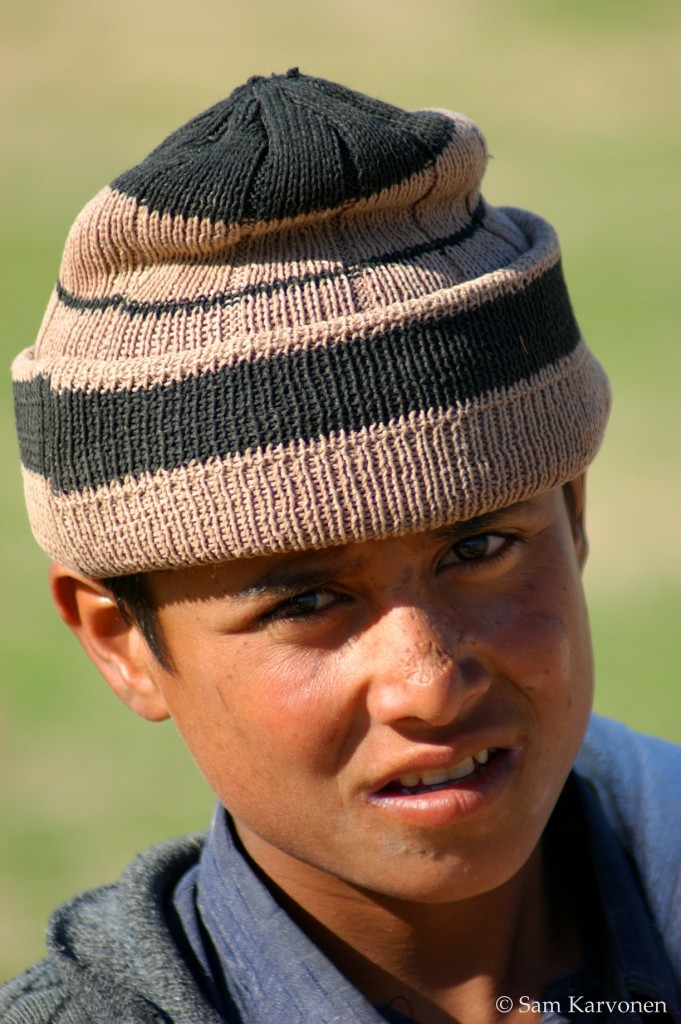 “Why do we suffer?” is one of the most human of queries. Without fail, we tend to ask the question in the 1st person: “Why me?”  But what about the 3rd? “Why they?” Why is it always the greedy varlet that winds up blessed with superb health and abundant wealth, and the meek tiller of a barren field who dies bent by a life of toil and hardship? Let’s venture even further. Why have the most saintly and noble to have ever trodden this earth suffered far more than most of us puny mortals bewailing our plight? Where is the justice and fairness in that? Surely it can’t be because they deserved it. So what right do we have to think our lot is a punishment from God?

Indeed, the mark of a true prophet is suffering. And not just any kind of suffering, but the devastating kind that targets your loved ones, destroys your body and gives you a rude reminder that you are really nothing but a spit bowl for the rich and powerful. Perhaps none more than the great prophets have experienced first-hand and unabated the most brutal aspects of humanity and yet remained utterly unwavering, till their hour of death, in their inspirational call upon man to do only that which is good, noble and enlightened. And doing it with a passion too. Moses was an orphan and an exile hunted by his oppressors. Jesus was an impoverished vagabond ridiculed as a fatherless child and ultimately executed. Muhammed was driven out of his home into the desert and a war was brought on him and his loved ones for simply believing in God.

Despite their ability to attract masses, well-fed gurus basking in admiration within the safety of their extravagant ashrams, honey-tongued opportunists inviting generous donations by abusing religious sentiment, privileged eccentrics selling self-help books with a fluffy spiritual philosophy, and inspirational preachers flying their learjets betwixt jam-packed stadiums, simply won’t compare. True prophets, in the annals of world history, are a mere handful. But they do exist. And what’s little short of amazing: the moral message of their recorded teachings is near-identical. “You, my friend, are much more than meets the eye. Know that, grow up and beat the odds!”

The greatest inspiration has ever come from those that overcame all odds, remained unbending in doing good and refused to shirk in their commitment to high-minded ideals even in the face of violent persecution and torture. Perhaps that is why it is the greatest souls amongst us that have suffered the most. Nothing less would inspire the rest of us to transcend ourselves.

“Know ye that trials and tribulations have, from time immemorial, been the lot of the chosen Ones of God and His beloved, and such of His servants as are detached from all else but Him, they whom neither merchandise nor traffic beguile from the remembrance of the Almighty, they that speak not till He hath spoken, and act according to His commandment. Such is God’s method carried into effect of old, and such will it remain in the future. Blessed are the steadfastly enduring, they that are patient under ills and hardships, who lament not over anything that befalleth them, and who tread the path of resignation.” (Bahá’u’lláh, The Summons of the Lord of Hosts, p. 204)

It is, paradoxically, easier to believe in the goodness of man and the underlying oneness of all humanity when it is proclaimed by someone who has undergone torture, banishment and 40 years of imprisonment without losing faith in these ideals. Since childhood Bahá’u’lláh had earned a reputation as the compassionate and prodigal son of Mírzá Buzurg, a well-respected minister serving at the Sháh’s court. His was a silken life of luxury and privilege. At the age of 27 he did the unimaginable. He ceased to be a Shí’ah Muslim and became a follower of the Báb. By declaring as a Bábi he forsook all chances of a comfortable life paved for him by the powers-that-be. Even before accepting the Báb he had, at 22 years of age, declined an offer from the Prime Minister to advance a ministerial career at the Sháh’s court. Instead he had chosen to consecrate his home to helping the poor of Tehran with his wife Ásiyyih Khánúm. One of the rooms in his large mansion was transformed into a ward for tending sick women and children. The couple had earned the twin-titles “the Father of the Poor” and “the Mother of Consolation.” Ásiyyih Khánúm, a woman of great beauty and grace, came from one of the richest families of Persia. Yet their life of comfort and security was not to last. In Tehran, upon receiving a letter from Mullá Husayn containing some verses of the Báb, Bahá’u’lláh spontaneously embraced the Báb’s Message and became one of his most ardent and influential followers due to his high social standing. He went forthwith, on a horseback, to spread the Báb’s message in his native district in northern Persia, fully aware of the perils with which such a mission was fraught. He attracted many new fervent followers and roused the ire of the fanatical Shí’ah clergy. He was arrested. 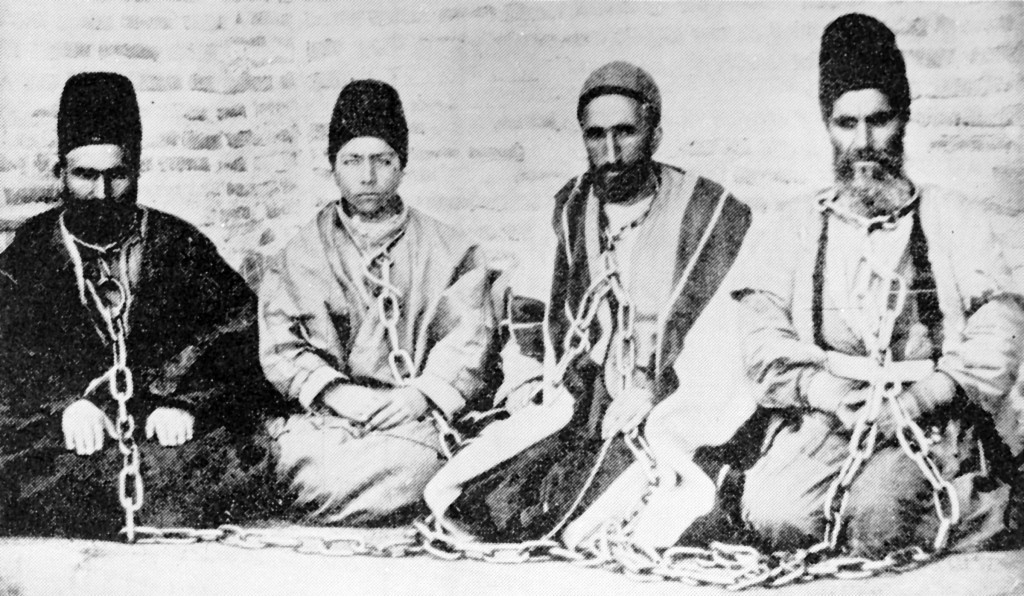 Bahá’u’lláh was paraded bare-footed through the streets of Tehran to his prison-dungeon and pelted with stones by the angry crowds on the roadsides. He was thrown into the dungeon of Siyáh-Chál with a 100-pound chain placed on his neck and stocks put on his feet. The Siyáh-Chál, “The Black Pit”, was a former sewage reservoir turned into an underground prison. It was basically a deep underground tunnel, housing some 150 prisoners including 30 Bábis, which had only one outlet. It was so narrow and low that only sitting in a crouching position was possible. Many died in the prison. Much heavier chains were placed on Bahá’u’lláh’s shoulders than on the other prisoners. His chains were known by the names Qará-Guhar and Salásil. During his four-month stay in the pitch-black and filthy dungeon, the chains left a permanent imprint on his stature and cut into his flesh.

The Sháh and the ministers expected Bahá’u’lláh to die in the Black Pit under the weight of his chains. The mother of the Sháh in particular was insisting on Bahá’u’lláh’s immediate execution. According to some reports the Sháh was worried about more prominent martyrs inciting fresh support to Bábism. Prince Dolgorukov from the Russian Legation intervened on Bahá’u’lláh’s behalf, owing to Bahá’u’lláh’s excellent reputation as a man of virtue. Prince Dolgorukov is reported to have told the Persian authorities in no uncertain terms that Bahá’u’lláh is not be harmed or Persia shall hear from Russia. As a consequence, the death sentence was not carried out and the Siyáh-Chál sentence was interrupted after four months of stay.

Instead, Bahá’u’lláh was banished from the country and ordered to live under house arrest and imprisonment for the remainder of his life. He was to remain under incarceration in some of the most forbidding places in the Ottoman Empire, far away from “bewitching” any more Persians. Prince Dolgorukov offered refuge in Russia which Bahá’u’lláh cordially refused. The British offered refuge when Bahá’u’lláh was in Baghdad and later the French offered him assistance whilst he was in Adrianople, which were also politely turned down.

Until the end of his earthly journey, Bahá’u’lláh was adamantly reluctant to exchange his claim — that he had brought a new message of unity and brotherhood from God — for personal freedom or temporal ascendancy. Neither did he allow persecution or confinement to shackle his inner freedom. No amount of torture could corrode his faith in the underlying goodness of man.

Why should we then let lesser disappointments shake ours?

“O SON OF MAN! My calamity is My providence, outwardly it is fire and vengeance, but inwardly it is light and mercy. Hasten thereunto that thou mayest become an eternal light and an immortal spirit. This is My command unto thee, do thou observe it.” (Bahá’u’lláh, The Hidden Words, Part I Arabic, #51)

“O SON OF MAN! For everything there is a sign. The sign of love is fortitude under My decree and patience under My trials.” (Bahá’u’lláh, The Hidden Words, Part I Arabic, #48) 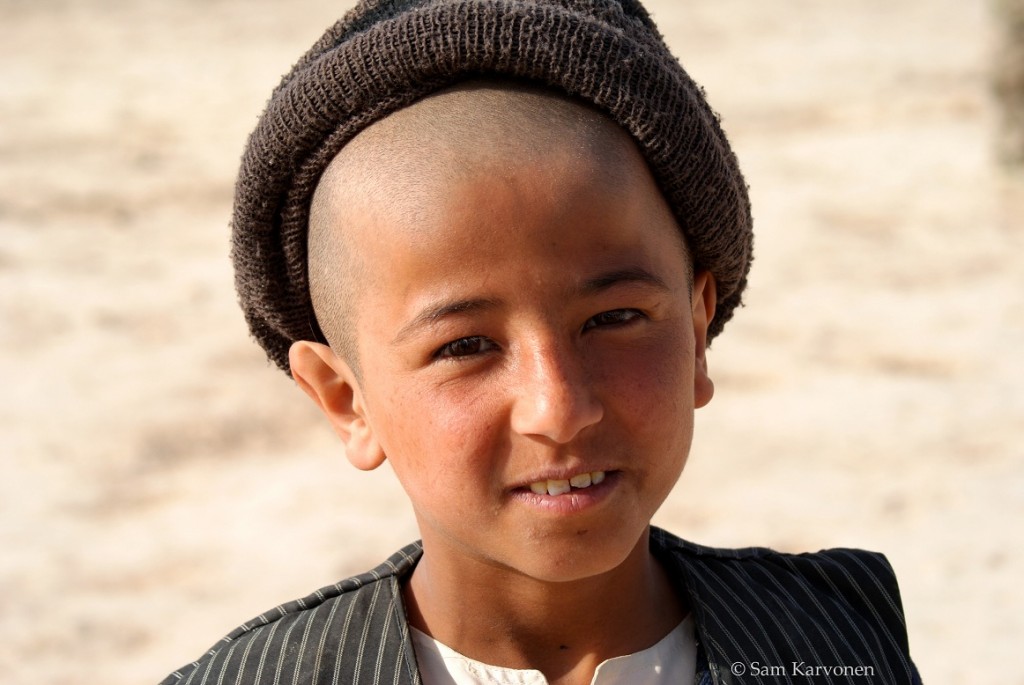 When is irreligion better?
archives most recent
More from Beliefnet and our partners
previous posts