When is irreligion better?

“If religion becomes the cause of enmity and bloodshed, then irreligion is to be preferred. For religion is the remedy for every ailment, and if a remedy should become the cause of ailment and difficulty, it is better to abandon it.” – ‘Abdu’l-Bahá (1844-1921)

My sister lives in Norway with her family right in the outskirts of Oslo. The whole nation is slowly recovering from the terror attacks that occurred in Oslo on 22 July 2011. 77 people, mostly youth gathered at a summer camp, were gunned down in cold blood. Anders Behring Breivik, the shooter, is a self-identified Christian and an Islamophobe, but by doing so he makes a mockery of the noble name of Christ.

We are living in an age where mankind is painfully learning the evils of particularistic creeds, ones that elevate one particular group of people (whether religious, racial, national, gender, or social class) over another. Such creeds breed prejudice and conflict. What happened in Norway two years ago is just another disturbed person who embraced such a creed – one of far-right Christian fundamentalism. Exclusivist salvation doctrines embraced by millions of good faithfuls transform in the hands of a fanatic into a hate-creed. It is not enough to develop early-warning systems to detect the psychological cues among the populace pointing to violent behaviour. It is equally, if not more essential, to uproot such man-made creeds and doctrines from the face of the earth. Occasionally it may even require some theological self-cleanup within major salvationist world religions. God does not breed conflict but unity. If anything, Oneness is one of His names.

Ultimately the most powerful means to fight prejudice is education — starting from home. Educating our children to become genuine world-citizens and to recognize the progressive revelation of God in every great religion, without any claim to exclusivity and finality regarding one’s own brand of truth. Ironically, the greatest and the most barbaric terrorist attack on European soil has now been perpetrated by a Christian fundamentalist and not by an Islamist (albeit this record may still change). Both creeds make a mockery of the noble truths enshrined in the Holy Bible and the Holy Qur’án. Both blaspheme against the God of Christianity and of Islám.

The notion that ‘I am saved unlike so many others’, even as a silent conviction by a peace-loving believer, breeds an unhealthy sense of superiority. It appeals to the primordial sense of pride, not too dissimilar to the son who enjoys his father’s favoritism. Salvation creeds, by their very existence, heighten the thrilling feeling of being a favoured one of God, as well as a feeling of fearful prejudice towards ‘them others’ who have fallen out of favour, yet who may tempt me with their convincing talk to their damning ways. Well I say, “O ye of little faith”, whose faith is so easily shattered to pieces by the mere existence of alternative takes on life, man and God. True faith, if it really is true, is rather consolidated by the review of alternatives. Not weakened. While they are by no means the only factor behind mindless killing sprees at youth summer camps, particularistic creeds by their very existence, and the mere fact of their widespread adherence, lend powerful moral justification to the actions of the few who are prepared to go a step further — using violence for their promotion.

Small wonder that Bahá’u’lláh, who was severely persecuted for his Message of tolerance and unity, and imprisoned for 40 years in some of the most forbidding places, wrote:

“Consort with all religions with amity and concord. Beware lest amidst men the flame of foolish ignorance overpower you.”

“These mighty systems have proceeded from one Source, and are rays of one Light.”

“Religious fanaticism and hatred are a world-devouring fire.”

“Regard ye not one another as strangers. Ye are the fruits of one tree, and the leaves of one branch.”

My sister in Norway posted this verse of ‘Abdu’l-Bahá (the son of Bahá’u’lláh) on her Facebook profile one day after the attack:

“The most important teaching of Bahá’u’lláh is to leave behind racial, religious, national and patriotic prejudices. Until these prejudices are entirely removed mankind will not find rest. Nay, rather, discord and bloodshed will increase day by day.” 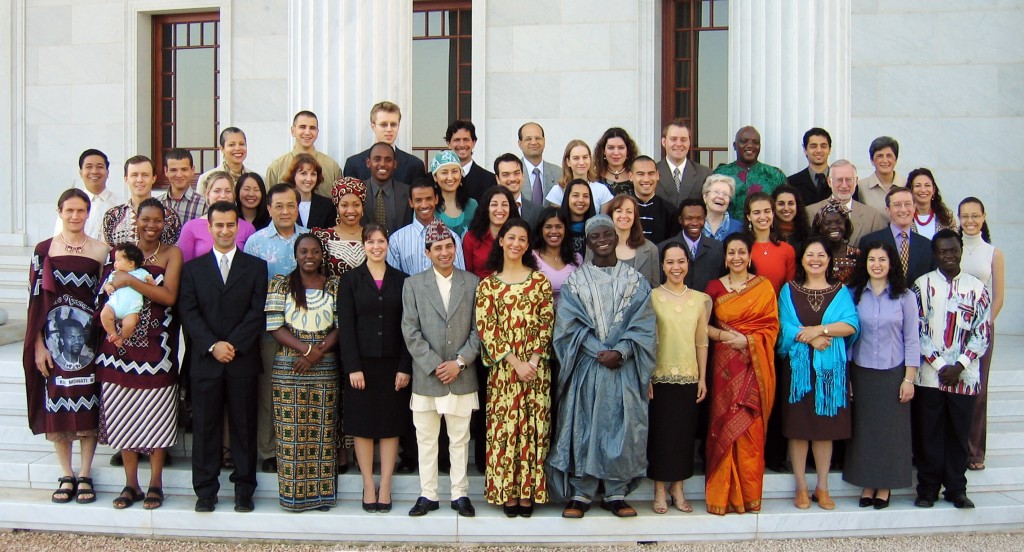