“We spend our lives trying to unlock the mystery of the universe, but there was a prisoner in Akka, Palestine, who had the Key.” 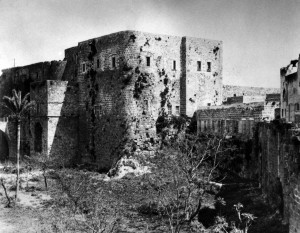 A prisoner once wrote to a queen. His hands were shaking. The trembling was not due to fear nor trepidation. The ill-effects of the poisoned food were to last until the end of his days. His stature was bent. Iron chains — equal to his body weight — had hunched him for life and cut into his flesh. He had borne their weight on his shoulders for four months some fifteen years earlier. But that was another land, another time, and another prison. His long black beard seemed untrimmed and his hackneyed face belied his age. At fifty-one he was younger than he looked. His worn body no longer bore any testimony to his silken youth as the favoured son of the Sháh’s venerated vizier. ‘Why did he not take up his father’s high office?’ ‘Why did he opt for humiliation when he could have soaked in the glory of the Sháh’s court?’, the courtiers once murmured.

But now his minister-father could not run to his aid from his grave, nor his royal ancestors rescue him from his plight. The Persian kings of old, to whom his family traced his ancestry, lay motionless in their majestic tombs. Their noble seed lay in house-arrest in Ottoman Turkey, awaiting a transfer order from the Sultan. The prisoner’s proximity to the great Caliph was a matter of concern to his ministers and the Persian ambassador.

The prisoner’s letter was delivered to Queen Alexandrina Victoria of Great Britain, the sovereign of the greatest empire the world had yet seen. The same message was also sent to Napoleon III of France, the most powerful ruler of his time. Yet the list of addressees was longer. It included Czar Alexander II of Russia, William I the Emperor of a unified Germany, Emperor Francis Joseph of the Austro-Hungarian Empire, Sultan ‘Abdu’l-Azíz of the Ottoman Empire, Násiri’d-Dín Sháh of Persia and Pope Pius IX of the Papal States.

None of these potentates were strangers to letters from prisoners asking for royal pardon. But the Persian prisoner asked no such thing. Neither did he ask for favours.

He issued a warning.

Your people are your treasures.

Deal with them with undeviating justice,
so that none among them may either suffer want,
or be pampered with luxuries. This is but manifest justice.

Be united, O Kings of the earth, for thereby will the tempest of discord be stilled amongst you, and your people find rest.

Should anyone among you take up arms against another, rise ye all against him, for this is naught but manifest justice.

O ye the elected representatives of the people in every land! Take ye counsel together, and let your concern be only for that which profiteth mankind,
and bettereth the condition thereof.

Regard ye the world as a man’s body, which is afflicted with divers ailments,
and the recovery of which dependeth upon the harmonizing of
all its component elements.

If ye pay no heed unto the counsels which … We have revealed in this Tablet, Divine chastisement shall assail you from every direction. 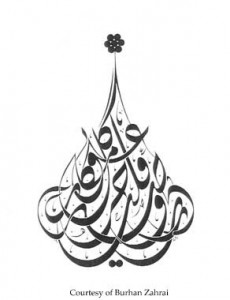 “In the garden of thy heart plant naught but the rose of love.”

Living in the Present - The Bahá'í Perspective?
archives most recent
More from Beliefnet and our partners
previous posts