“His life is one of the most magnificent examples of courage which it has been the privilege of mankind to behold…” – A.L.M. Nicolas

What would call for a musketry of 750 riflemen to riddle a mild-mannered young man of thirty-one, a kindly demeanour and a peaceful purpose to a pulp of flesh and bone? What would cause a youth of only fifteen to beg the soldiers for the honour of being martyred with him? Yet so it came to pass. The youth Anís, and his young Master who held him in his embrace, were shot by three volleys of bullets, each volley fired by a file of 250 soldiers. The scene of this gorey spectacle was Tabríz, Persia, and the year was 1850. Over 10,000 spectators had gathered to observe the scene. The young man was known for his delicate appearance and his melodious voice. These were his last words as he serenely addressed the cheering crowds:

“O wayward generation! Had ye believed in me, ye would have followed the example of this youth, who ranks above most of you, and willingly sacrificed your lives in my path. The Day shall come when you will have recognized me, and I shall have ceased to be with you.”

The young man came from Shiráz, Persia. His father had died when he was but an infant and it fell on his uncle to care for the boy. After being sent back from a religious school for knowing too much, the boy took up his uncle’s trade as a merchant. He was well-known for his exceptional humility, fervour in prayer, quiet disposition and exemplary honesty in his business dealings. A siyyid, a lineal descendant of the Prophet Muhammad, he wore the characteristic green turban. A fervent messianic expectation of the promised Mahdi had reached the city with the arrival of 18 young theological students from Karbila, Iraq, who had espoused the millenarian Shaykhi school. On 23 May 1844, at the age of twenty-five, this Siyyid shared what he regarded a precious secret to the first of these youth arriving in the city. The clandestine interview took place in the Siyyid’s house in the dead of night. Mullá Husayn, his guest, was a student of scriptural prophecies and a Shaykhi who had recently been awarded the prestigious title of a ‘mujtahid’. Upon his arrival to Shiráz, Mullá Husayn had been seen by the Shirázi merchant in the city’s outskirts. The visitor was warmly welcomed to lodge at his house for the night. While serving his guest tea from a silver samovar, the host, almost casually, related that he is none other than the Promised One of all ages foretold by all the Prophets of old, the one they had come to find. Mullá Husayn later wrote that the love and kindness of his youthful host was such that had he no other claim to greatness, his virtue alone would have sufficed to convince him.

The Shirázi youth revealed to Mullá Husayn and the rest of his initial 18 disciples that his sole purpose, as a Messenger of God, was to prepare the way for the imminent appearance of an even greater Messenger –“Him Whom God shall make manifest.” But he also cautioned that to embrace his cause was to put oneself in mortal peril. He warned that his public announcement was destined to result in violent persecution, nation-gripping bloodshed and, eventually, his own martyrdom at the hands of the Persian priestly elite. A bold claim to Messengership in succession to Muhammad, him who was deemed the ‘final prophet’, would undoubtedly be met with violent persecution by the orthodox Shí’áh clerics of Persia. Thousands of adherents, from all walks of life, were to flock to his Cause in a short period of time, despite a near-certain prospect of violent persecution, torture and death. A score of unbiased and notable first-hand observers of Qajáric Persia in the 19th century, not the least of which were Lord Curzon of Kedleston and Comte de Gobineau, would attest in their voluminous accounts to the two decades of violent turmoil in Persia following the peaceful revelation of this merchant. His declaration, quite foreseeably, caused alarm amongst the Orthodox Shí’íte clergy. But the brutal torture and persecution of his followers was prompted neither by fairness nor necessity.

At that fateful night in Shiráz, the intuitive learning, the flawless appearance, the powerful words and the heartfelt courtesy of this Shirázi Siyyid stirred Mullá Husayn to his depths. Fully aware of the mortal perils ahead, he spontaneously arose to proclaim the young merchant’s bold claim and forthwith dispatched, under the Siyyid’s instructions, on horseback to the capital Tehran. As to his mission to the capital, the Siyyid offered Mullá Husayn only these veiled words:

“A secret lies hidden in that city. When made manifest, it shall turn the earth into paradise.”

This gentle Siyyid was the Báb (“the Gate”). His is a true story. 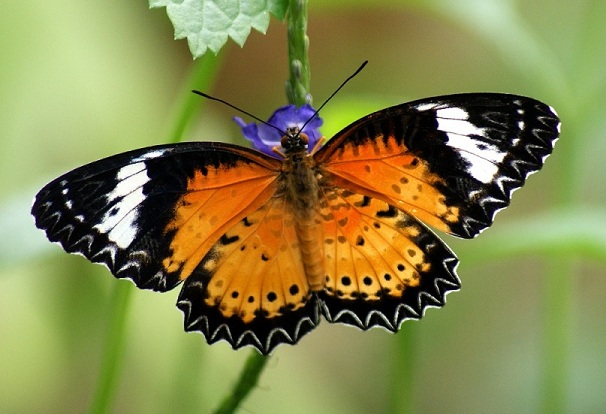 Why Suffer?
archives most recent
More from Beliefnet and our partners
previous posts