It’s Broken, But How Can We Fix it?

Aren’t you tired of all political ads on TV and the political phone calls and fliers in the mail?  I sure am and we still have months to go before the 2012 Presidential election.  I wonder what would happen if we put each candidate on a strict budget?  I wonder what would happen if the candidates were not permitted to slander their competition?  What if everything they said during their many debates had to be truthful and verifiable by their voting records?

Our political system is in sad need of reform.  That will never happen as long as the politicians are making all the decisions.  They are not going to vote for a cut in their pay.  They aren’t in favor of decreasing their retirement benefits.  Why in the world should a senator get full pay for the rest of his life, just because he served a few years in congress?

My husband worked for nearly 40 years for the same company.  He certainly DID NOT retire with full pay.  We live on his small pension and Social Security.  If a campaign add cost more than $100., we couldn’t run for office.  I’m not complaining, just comparing incomes.  Is there no limit to what We The People will tolerate?

We now have demonstrations all over the country regarding Wall Street and Washington.  Will it take a revolution?  I certainly hope not….but what can we do.  Those of us who have lived and worked in The United States for generations, deserve better.  Our military men and women deserve better.  Our children should not be hungry.  Our jobs shouldn’t go to Mexico or China just so the big wigs can make even more money and we normal people are unemployed and living on food stamps.

I don’t have the answers, but God does.  Ican only trust Him and hope for the best.  My opinion won’t impress anyone and that’s OK….it doesn’t impress me either. 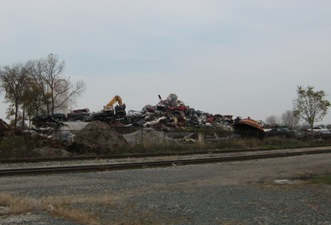