Help a boy in Uganda with cancer 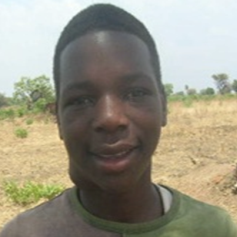 Eleku Peter, a young boy who is served by the Oditel CarePoint in Uganda, was recently diagnosed with large cell lymphoma.

As you can see in the picture, Peter’s neck became swollen and painful. CarePoint leaders took Peter for initial testing which was later confirmed by the National Cancer Institute in Kampala, Uganda.

Fortunately the cancer has not yet spread to other parts of  his body.

Children’s HopeChest maintains a medical fund in Uganda to cover needs like this. However Peter’s chemotherapy and treatment is very expensive. His treatment costs are expected to total $3,750.

Would you support Peter’s chemotherapy with a gift to the Medical Fund today?

But because of that partnership, Peter’s story is different. Thank you for being one of the difference makers and one of the story changers today.

Does sponsorship work? One child's story... [VIDEO]
archives most recent
More from Beliefnet and our partners
previous posts