Was that lunch, or Our Lady of Cheddar and Christ in a chip?

Whenever I hear someone exclaim, “Christ on a crutch!” I usually point out there are at least a couple reasons the expression fails in the imagery department.

First, scripture tells us he never had a broken bone. Second, if he had broken or even sprained a leg, don’t you think he might’ve healed himself?

But what people think they see of the sacred in everyday, even crude items and unspectacular places exasperates me. Not Christ on a crutch, but Jesus in a potato chip, perhaps. And his mom, Mary, she’s showing up every place, from water stains to pretzels . . . and of course that infamous grilled cheese sandwich (minus one bite) that sold for $28,000 on eBay some years ago

For some folks, it’s a matter of faith. The image of Mary in a tree in Salt Lake City had local Latino Catholics flocking to the gnarled pine. Flowers, dozens of those cheap votive candles sold at grocery stores, pictures of deceased loved ones, balloons (for crying out loud) appeared almost overnight once someone spread the word.

Within a couple weeks, someone had built a set of wood stairs and a small platform for the faithful to approach closer, kiss the image, genuflect or just stare.

Then some miscreant, rumored to be a neighbor tired of the influx of devotees, hacked away the image. That was that.

I visited the place once. Try as I might, I couldn’t see the the Queen of Heaven peering out at me from the twisted bark and knots. I thought, for a second, though, that the late Jerry Garcia was mugging for the many cameras flashing . . . and no, he did not look to be Grateful about being Dead.

Still, I won’t diss people’s desire – and who knows, perhaps personal vision – to see the sacred in, well, whatever. I suspect, however silly the origin of the spark may seem, it would be cosmically careless to disregard the sincerity of anyone’s inspiration.

The Emperor Constantine, after all, saw the cross in the sky and conquered for Rome, and as a result, Christians ceased worrying about being dinner for big, hungry felines in the Coliseum.

I’ve seen some pretty cool things in the sky, too. Shooting stars, clouds shaped like elephants, sailing ships, the Pillsbury Doughboy . . . and shafts of golden sun slicing through thunderheads that took my breath away, even as I mentally offered a prayer of thanks to the Maker for that moment of beauty and awe.

No one’s immune. And thank God, for that.

The Chicago Tribune recently offered a slide show of various “sacred” images in food, etc., starting with the famous Our Lady of Grilled Cheese. Impressive.

But like everything supposedly sacred, good old capitalism has found a way to duplicate and offer for sale the means for producing, on demand, your own epiphanies in edibles. Little Drummer Boy, drum roll, please:

Enter the “Jesus Toaster.” No waiting for chance or the supernatural to bless your toast anymore. You can produce whole wheat icons, by the loaves, I suppose.

I don’t this is what the Lord had in mind when he referred to himself as the “bread of life.” 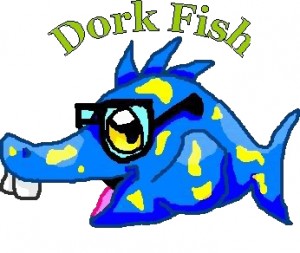 On the 'Dork Fish,' the Origin of All Things and Cosmic Perspective
archives most recent
More from Beliefnet and our partners
previous posts