On the ‘Dork Fish,’ the Origin of All Things and Cosmic Perspective

I was puzzling over the mysteries of Creation vs. Natural Selection, Old Earth vs. Young Earth, and the perceived dividing lines between faith and science and the Origin of All Things the other day when I had an epiphany . . . from “Blue Collar Comedy Tour” standup Bill Engvall.

Kinda put the whole cerebral debate at rest. Nothing like laughter to give you perspective about just how strange and self-absorbed a species we are.

Seems there was this prehistoric porpoise fossil found in the desert that had a what would’ve been a rather pronounced overbite. Scientists were embroiled in heated argument over what it meant: why did this creature have such a elongated snout?

Was it somehow an evolutionary adaptation that later disappeared? A hunting-related mutation? Maybe a means to attract a mate?

I guess the female porpoises of that time might have been impressed by large probosci. Some things never change, and apparently cross species’ speculation, as it were.

Engvall said that was all silly. A human with an overbite is still a human, after all. He might be ugly, but he’s still Homo sapien.

So, the answer to this cosmic mystery? He was, obviously, a “Dork Fish.” Watch a video of his explanation by clicking here.

Hey, maybe when God created this beastie, He just felt like having a good laugh.

As for redneck comics in general, sometimes they do have a way of cutting away the verbal and philosophical detritus of life. And, since I’m a preacher’s kid with memories of more than one rural church congregation buried within my memories, I also suggest taking in this musing on the “Dee-vine” from the “Redneck Guru.”

Enjoy. Being a believer doesn’t require leaving your since of the absurd, or humor, at the church doors, after all. 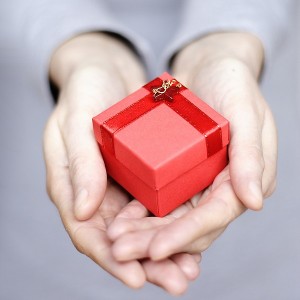 Christmas 2011: The most wonderful time . . . to give, and live faith
archives most recent
More from Beliefnet and our partners
previous posts