There’s nothing like hurricane-force winds to stir thoughts of life, of God

On Thursday, northern Utah was hit by a windstorm of historic proportions. Hurricane-force winds, topping 100 miles per hour, shredded the region, toppling semi-trailer rigs, ripping away roofing and tearing trees out by their roots.

I got off the train two stops short to walk a few miles in the icy gusts, a mere 50-60 mph on my route. Bracing, that.

And I thought about how prevalent “wind” has been as a metaphor for our trials, our blessings, both the finite and infinite nature of our lives, and even for God.

In religious texts, such uses of the word and concept of the wind are universal.

“. . . and [in His] directing of the winds, there are Signs for people who use their intellect” and “By the (winds) that scatter broadcast, and those that lift and bear away heavy weights, and those that flow with ease and gentleness, and those that distribute and apportion by command, verily that which ye are promised is true. . . .” (Qur’an, 45:5 and 51:1-5, respectively)

“Life trembles, like a drop of water on the edge of a lotus leaf then it is swallowed by the wind.” (Verse 35,Vairagya Satakam)

“Neither fire nor wind, birth nor death can erase our good deeds.” (Attributed to the Buddha)

“Oh, Great Spirit whose voice I hear in the winds, and whose breath gives life to all the world,

Hear me, I am small and weak, I need your strength and wisdom.

I respect, even admire those sentiments held to be holy by others. But what speaks to me, personally, are the scriptures in the Bible. There are 113 verses in the King James Version that deal with the wind. Each carries meaning special to me; here are a few.

In 1 Kings 19:11-12, the prophet Elijah finds himself shaking through a series of frightening natural elements, only to find the Presence in the quiet that follows:

In the Book of Acts, the same pattern is echoed:

“And suddenly there came a sound from heaven as of a rushing mighty wind, and it filled all the house where they were sitting. And there appeared unto them cloven tongues like as of fire, and it sat upon each of them.” (Acts 2:2-3)

In the story of Job, the narrative’s namesake is the type for suffering humanity recognizes the limitations of intellect when pitted against the cosmos.

“Thou liftest me up to the wind; thou causest me to ride upon it, and dissolvest my substance.” (Job 30:22)

The Psalmist muses on the transitory nature of life:

“For he remembered that they were but flesh; a wind that passeth away, and cometh not again.” (Psalm 78:39)

The Prophet Hosea seems to plumb the imagery of wind as the retribution, in this life, for evil-doers:

“For they have sown the wind, and they shall reap the whirlwind: it hath no stalk: the bud shall yield no meal: if so be it yield, the strangers shall swallow it up.” (Hosea 8:7)

And, finally, this about Jesus of Nazareth, whose grace and peace I treasure, even if I cannot begin to understand it:

“And he arose, and rebuked the wind, and said unto the sea, Peace, be still. And the wind ceased, and there was a great calm.”

Some things to think about. 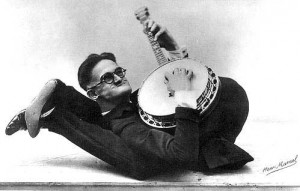 'Christian' music? It's about honest messages, not style, genres or even origins
archives most recent
More from Beliefnet and our partners
previous posts