How Evil Are You? A look inside could be disturbing

How Evil Are You?

The answer for a preacher’s kid, growing up in a fundamentalist/Pentecostal home, was clearcut: All Humanity was broken by sin, its efforts to do “good” transitory, because at the core of our beings was rebellion against a righteous and holy God.

In a world of believers and non-believers, we differ on causes and origins of evil; but there is no debate that evil exists, whether as something tangible in itself, or as the result of human greed, bigotry and cruelty. We stand apart on this planet for our cognitive abilities, our unique sense of self and ability to worry . . . our ability for selfishness and rationalization of wrong acts.

When I left my parents home for college, I first majored in Psychology (I still had it as a strong minor when I switched my major to History and Journalism). I read a lot of B.F. Skinneresque tomes back then when Behaviorism was all the rage. I seasoned that with Yung, a bit of, by then, largely discredited Freudian theory . . . and then there was the infamous “Milgram Experiment.”

In 1961, Stanley Milgram, a Yale psychologist, tested how far Americans would go in following demands of an authority figure to inflict pain on another person in the name of scientific enquiry. In the study, the participant s were led to believe that they were delivering increasingly painful jolts of electricity to another, each time that person answered a question wrong.

The pivotal point comes where the other person, really an actor, screams that they have a heart condition that is beginning to manifest. In other words, the next jolt, the actor claims, could conceivably be fatal. In the study, some people refused to go on; others argued, but allowed themselves to be bullied by the “study director” to continue; some didn’t even question it.

As a preacher’s kid, it was so simple, what was right and wrong. As an adult, a man with a job, a family to support, and working within an almost military-like hierarchy in an international news gathering organization, it seemed far more complicated.

Many years ago, I was assigned to cover a coal mine disaster. More than two dozen miners had been trapped when gases built up, ignited and exploded into a hellish, underground firestorm. As the days went by, hope had all but disappeared that any survived. I was in a makeshift office with other reporters, a few miles away from the scene when Christmas Eve arrived.

Editors at our New York office, I was informed, decided I needed to call the families of the miners that night. Basically, I was ask what their thoughts were, on Christmas Eve, with their fathers, wives, sons, daughters still missing in a burning mine, presumed dead.

I balked. My supervisor sympathized, but firmly let me know it was an order from the top. Fail to do this, and it would be considered insubordination, grounds for dismissal.

I wish I could say that I heroically refused, telling the editors in the Big Apple what they could do with their demands. But I had my excuses, like I guess we all do. I proceeded to make the calls. The first two people answered, a mother in one case, a wife in another: one politely said, “No, I don’t want to talk with you.” The second sobbed and hung up. But the third call changed everything.

A man answered that time. His wife was one of the trapped miners. And, thank God, he unloaded on me. “So, you want a quote? Use this, then: ‘I hope your wife dies, in bed, with another man.” Click.

I called my supervisor back. I’ve got something for you, I said. “Go ahead,” he said.

I gave him the quote, the shame and anger rising in me as I did, nearly swelling my throat shut. I heard his fingers typing, rapidly as first, then slower, then stopping. Then, I just heard his breathing for 10-15 seconds. Finally, he said, with some ill-concealed emotion, “OK. I’ll send this to . . . New York.”

A few minutes later, a New York editor called. “We can’t use this! Keep calling.”

Well, no, I decided. It’s not. Finally, I was resolved. I was not going to do this anymore. So, I began dialing again, let it ring once, then hung up. Then, I simply dialed, hanging up before it rang. More than two dozen times.

“I’ve dialed all the numbers. No answers,” I told my supervisor, my voice flat. There was silence. Just that breathing, again, a seeming eternity of it. “I understand,” he said. “We’ll let it go, then.”

All these years later, I often wish I had just followed my heart from the start and said “No,” clearly, even if it had cost me my job. The hardship that may have followed would have passed, and it would’ve been a legacy of moral strength to hand down to my kids, maybe even some of my colleagues.

But, like most humans, I was ultimately willing to go on with what I believed was wrong, rationalizing it for what a lot of people would see as legitimate reasons. Situational ethics, I believe that approach is called.

We all face our own version of the “Milgram Experiment.” We fail, however reluctantly, to be righteous.

My failure, and the belated decision to resist — however indirect or deceitful by omission — gave me strength later to be more resolute in refusing to cross my personal, ethical lines in journalism.

So, How Evil Are You?

Ultimately, we all have the capacity to be monsters. But we also have the ability to hold the monsters of our darker natures at bay, to choose the light, however painful it may be to see at first. 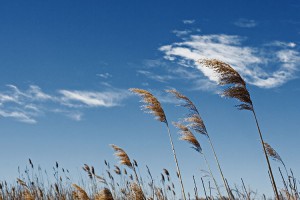 There's nothing like hurricane-force winds to stir thoughts of life, of God
archives most recent
More from Beliefnet and our partners
previous posts