In the several churches that my father the preacher pastored, I learned the cure for prejudice the hard way – and as it turned out, that was perhaps the best way.

When I was 15, I became enamored of a Japanese girl whose family attended our community church. We became friends, and then she became my first girlfriend. We held hands in church. Took walks. I kissed her, once. It was enough. Even holding her hand, feeling the warmth of her smile, was enough.

She was sweet. Smart. Pretty. And, as it would turn out, forbidden fruit.

Not just to my mother, who had memories of her older brothers fighting the Japanese in the South Pacific as Marines and G.I.s – but to the girl’s mother, too.

Prejudice, I learned, comes from both ends of interracial relationships. At least it did in this case. But I persisted. I argued. Then one weekend, my girlfriend’s family invited me for a picnic in the park. On the way, as my girlfriend stayed silent and embarrassed, her mother and sisters talked in vague terms about “almonds and oranges.”

It took a while, but I figured out my girlfriend, due to her “almond” eyes, was not an orange. I was.

I was 15. It was too much. My girlfriend didn’t fold; I did. Knowing both my mother and her’s were against us, one Sunday, my heart thumping and my eyes burning as I fought tears of self-loathing and anger, I did not take my usual spot next to her in church.

Nothing was ever said. She knew. And I could tell it hurt her.

My own cowardice — only partially excused by my age and the disapproval of parents, her’s and mine – made me miserable for weeks after that day. Even today, more than 40 years later, the memory makes me ashamed. But as I digested that bitter day, it also made me grimly determined to never, ever allow anyone else to judge another for me based on ethnicity, national origin, religion or social/economic status.

I never got the chance to apologize to that girl. She and her family left not long after that, and so did the preacher’s family.

So, there’s a long introduction to perhaps how you might correct your own prejudicial mind set involving a group that has become a pariah to so many in the post-9/11 era: Muslims.

I’m talking about TLC’s new, unscripted show, “All-American Muslim.”  The show follows the lives of five Muslim families as different from each other  — as we perceive, as the Christian majority — they are from “us.” There are newlyweds awaiting their first child; an aspiring nightclub entrepreneur and her family; a football coach and his family; a Muslim girl engaged to an Irish Catholic converting to Islam; Muslim women who wear the hijab, and do not.

Getting to know the “Other” is worst enemy of prejudice, as your soul’s best friend. After all, only ignorance can feed hatred of individual human beings, allowing them to be demonized as a group. 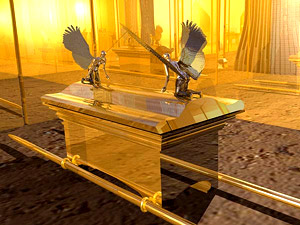 Ark of Covenant found! Maybe. OK, probably not, but fun to think so
archives most recent
More from Beliefnet and our partners
previous posts