Ark of Covenant found! Maybe. OK, probably not, but fun to think so

Imagine my surprise to learn that the Ark of the Covenant had been found.

I thought Harrison Ford, in his role as Indiana Jones, had done that a long, long time ago.

Not so, according to the Grekomania.ru website, supposedly a Russian-based information partner” of the Greek Ministry of Culture and Tourism. The website says a Greek archaeological dig on the island of Thasos unearthed the Ark recently — along with the tomb of Alexander the Great.

The Grekomania.ru site, meanwhile, seems to be getting its information from the Focus News Agency from that bastion of journalism, Bulgaria.

I suspect this “discovery” will get its proverbial 15 minutes of fame and then evaporate with the initial string of promised evidence, followed by vague excuses, and then . . . nothing.

Kind of like the cyclical “discoveries” of the other Ark, the one Noah and his boys made to escape the Great Flood; the Spear of Destiny (the magical relic that supposedly was the spear a Roman soldier used to pierce Christ’s side); the Holy Grail; the True Cross (of which enough fragments have been enshrined in various churches and chapels worldwide to build a fleet of ships), and on and on.

But what if this time, it’s true? It’s fun to muse about that, if even for a few seconds. Assuming one’s face didn’t melt off (ala “Raiders of the Lost Ark”) when opening the ark, inside there should be the tablets with the Ten Commandments etched upon them by the hand of God. That would be pretty cool to see.

For some, that would be a great “faith booster.”

Yes, it would be nice to have confirmation like this, thousands of years after the fact, to at least furrow the brow of a skeptic or two.

But faith is much more than such things.

Consider Thomas the Apostle, unfairly labeled “Doubting Thomas” because he had the audacity to say what, I suspect, most of hits apostolic colleagues were thinking. . . essentially, if I don’t see the risen Christ with my own eyes, if I cannot touch him, I’m not inclined to believe these resurrection stories from the Marys.

“Then he said to Thomas, ‘Put your finger here; see my hands. Reach out your hand and put it into my side. Stop doubting and believe.’ Thomas said to him, ‘My Lord and my God!’ Then Jesus told him, ‘Because you have seen me, you have believed; blessed are those who have not seen and yet have believed.'” (John 20:27-29 NIV) 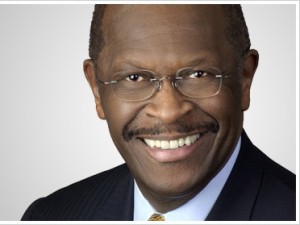 Attacks on Cain: Orchestrated? Probably - but he still needs to answer
archives most recent
More from Beliefnet and our partners
previous posts