Forgiving yourself: On guilt, shame and the pain of Grace

One of the worst perils of being a preacher’s kid is not what you might think. You know, those tales about misbehaving progeny of men of the cloth; those rebellious, marginalized of-spring yearning to be free . . . of restrictions and expectations.

Not that’s there’s a shortage of such P.K.s out there. This preacher’s kid detoured onto that road more than once, and I still have an informed, if not always healthy skepticism about some presumptions of my faith upbringing. Living life, though, has balanced that with awe for the Creator, and deep respect for those believers who live their faith through actions as well as words.

So, back to that “one of the worst perils of being a preacher’s kid” bit. That would be what you learn about the frailties of those supposed “pillars” of your Dad’s church.

Sometimes, it’s just funny stuff. Grown men and women growing dangerously close to cardiac arrests while arguing over the color of the new carpet runners between the pews, or how long the neon cross on the church’s steeple should remain lit at night. Or, board members reviewing their pastor’s “visitation” logs to pass judgment over whether a prayer in a hospital room has equal weight with attending a ministers’ prayer breakfast; whether checking up on an elderly “shut-in” was as worthwhile as a Sunday dinner with a deacon.

I still remember the conversations between my parents prior to the monthly church board meetings that began with the question, “Can we call this call a CALL?”

Petty, hypocritical and self-serving behavior shows up in any setting where one group of human beings deems itself as authority over others. Churches are no different, I guess, mirroring our society in microcosm.

Then, there are the painful, pitiful revelations. This is the worst part. Imagine, you’re an 11-year-old boy, dispatched to his bedroom, door closed, when an unexpected, distraught visitor arrives for counseling. It’s an old house, the walls are thin; you hear things you wished you never had, stunning moral failures from people who seemed so . . . holy. People who proved so . . . human.

One phrase echos through my memory, all these years later: “How can God forgive me of this? I can’t forgive myself, even if He can.”

Yes. That’s the trick, isn’t it? Forgiving yourself. And if you cannot, part of you figures you are due punishment and pain, even if those are the things you fear with all your heart. Maybe, part of you doesn’t want God’s forgiveness. Grace, that unmerited favor and forgiveness of the Divine, can be a gift very difficult to accept, after all.

The Barna Group recently found that 31 percent of American adults, which would translate to roughly 70 million of us, feel “held back or defined by something in their past.” Barna said that attitude was most prevalent among younger adults, the poor, divorced adults and unmarried individuals. The same percentage admit to struggling with unresolved emotional pain or conflict.

Guilt. We judge ourselves, it seems, far more harshly than God. But just as unforgiveness of others can cripple us, so, too, does the inability to forgive ourselves.

The trick of grace is accepting forgiveness – not as a “free pass” for bad behavior, but as that moral, lightness of being that allows us to embrace our pasts and use them as the foundation for learning, for doing better now and in the future.

Forgive yourself? How? Your own journey will be unique. But here a couple links to suggestions in more general terms: 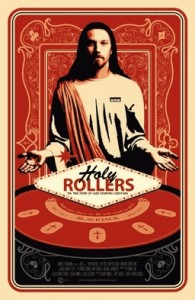 Blackjack for Jesus? For some, doublin' down for the Lord is in the cards
archives most recent
More from Beliefnet and our partners
previous posts