Herman Cain likens himself to a modern-day Moses, a reluctant yet obedient servant who, in this century, answered the call to run for the Republican presidential nomination.

Michele Bachmann said God told her to run. Ricky Perry, too, has laid claim to the mantle of Jehovah’s White House preference.

Cain, though resolute in his denials of, arguably, questionable allegations of sexual harassment, has tumbled from top of the GOP preference polls. Bachmann, plagued by some rather wacky misstatements of fact, has disappeared almost entirely. And Perry? His debate failures and self-described “brain freezes” have seen him tumble from the top of pile, too.

Whose left? Mitt Romney, the Mormon who has repeatedly argued against there being a religious litmus test for presidential hopefuls, and Newt Gingrich, the seasoned politician, a former House Speaker and nominal Catholic who never bothered to lay claim to the endorsement of the Almighty, either.

So, when it comes to Cain, Bachmann and Perry — or more to the point, their insistence that God is a sort of cosmic campaign manager whose’s taken up residence in their particular tent — it seems something’s amiss. Maybe, they could argue this phenomenon is proof for the Trinitarian concept of the godhood, with each Person of the Three-in-One choosing a favorite.

But then there’s that whole “Hear O Israel, the Lord our God is one Lord”  thingy, too. So that won’t work.

This is how the Old Testament prophet Elijah settled his dispute with 450 priests of Baal in what could be called the Smackdown at Mount Carmel. Hint: Things did not go well for the pretenders to God’s favor. Elijah won, and it involved fire from heaven and a post-bout slaughter.

That would be rather extreme today, I know. But I predict there will be a sort of fire from heaven come November 2012, and it will come in the form of the ballots you, me and our fellow Americans cast. 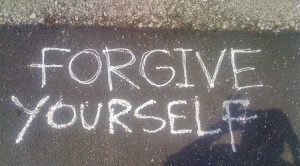 Forgiving yourself: On guilt, shame and the pain of Grace
archives most recent
More from Beliefnet and our partners
previous posts