You have caught the YouTube (and national news) rage over so-called “real life superheroes.“

No longer fictional, comic book heroes. Oh, no. These are real guys out there in a variety of costumes, in cities across the nation, fighting crime. Or checking up on the homeless, handing out food and toiletries. They even have their own website.

Some of the costumes are better than others, of course. Think of it as sort of a Halloween grab bag. You know, those kids trick-or-treating who have folks with the bucks always have the coolest costumes.

The rest of us (dare I borrow the now-popular “99 percenters” phrase?) made due with the cheaper stuff from K-Marts, if we were lucky, or second-hand stores or Mom’s sewing machine, if not.

Same here. Some of these guys have Hollywood-quality gear, including knife-proof breast plates and bulletproof vests. Others? Well, they look like they just came up out of the basement long enough to borrow Mom’s draperies and pantyhose.

Anyway, this all reminded me of one of the first explanations about deity my folks taught me. I think I was 6 years old, living in Norwalk, California, at the time, and fascinated with the black-and-white, late 1950’s version of “Superman.”

One day, on the front page of the Los Angeles Times delivered to our doorstep, was a picture of actor George Reeves, in his Superman costume. The headline: “Reeves, Superman of TV, Kills Himself in His Home.”

I was stunned. He had been “able to leap tall buildings with a single bound,” “more powerful than a locomotive,” and “faster than a speeding bullet” . . . but not the one he had fired into his own head.

Kryponite had not laid the Man of Steel low. Just a bullet, and his own depression.

My dad the preacher and my mother the Sunday School teacher explained that Superman was made up, like Santa Claus and the Easter Bunny. A figment of imagination created for entertainment.

But God? He is real.

Jesus? He was the real Super Man. Call him, “Christman?”

That, for a disappointed 6-year-old boy whose world had suddenly begun dividing between the formerly unified world of imagination and reality, was a comfort.

All these years later, I believe I know the difference. I realize, though, others have never been able to find the truth between make believe and faith. Skeptics will tell you there really is no difference.

The testimony of apostles who knew and walked with Jesus 2,000-plus years ago, and willingly died for proclaiming his truth (you don’t do that for something you and the rest of the boys just made up, after all), makes my Christian faith real for me.

The millions who have died for that faith since are that “cloud of witnesses” Paul wrote about.

Jesus Christ didn’t fly around, that I know of, except that one time at the end when he ascended into the heavens.

The Nazarene didn’t peer through walls with his X-ray vision . . . but he knows the hearts of human kind.

The Gallilean rabbi couldn’t — or didn’t — deflect the blows of the Roman soldiers and the nails did not bend, but penetrated his hands and feel. But his life and teachings promise to save us from hopelessness.

Yep. There’s the only real superhero.

Up, up and away, indeed. 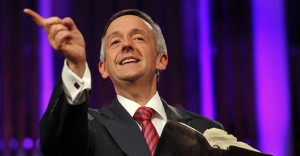