A Southern Baptist pastor is catching a lot of heat for daring to say what so many fundamentalist Christians will say among themselves, if not on a nationally-televised platform: that they believe Mormonism to be a “non-Christian cult.”

Specifically, the Rev. Robert Jeffress, speaking to the Values Voters Summit of Christian Conservatives last Friday, praised Republican presidential hopeful Mitt Romney as a “good, moral man” was was unwavering is judging him to be, within the framework of a “born again” Christianity, well, not a Christian.

As the son of a Pentecostal minister, I grew up hearing my Southern Baptist brothers and sisters (at least I considered them to be spiritual siblings) reject “holy rollers” and anything tied to “charismatic” worship and/or speaking in tongues as “of the devil,” and on occasion even condemning anyone associated with the practice to be satanically deluded if not actually possessed.

In other words, a non-Christian cult.

Although I’ve not heard that from Southern Baptists for some years now, at least with such vitriol, doctrinally at least, they still look rather suspiciously at such denominations as the Assemblies of God.

Oh, and by the way, Pastor Jefress, in laying claim for the Southern Baptists as being the world’s largest Protestant denomination, may be chagrined to learn he’s wrong about that, too.

There are 250 million adherents within the Pentecostal/Charismatic movement worldwide, 60 million of them within the aforementioned Assemblies of God fellowship. Throw in all flavors of Baptist denominations globally, and you get 100 million – but the Southern Baptist Convention, by its own reports, comes in at 16.3 million.

Lutherans, Methodists and the family of “Reformed” Christian churches each account for 75 million of the world’s Protestants. Meanwhile, 1.2 billion flavors of Catholics account for the other half of Christendom.

And what of the faith embraced by Mitt Romney and fellow GOP presidential candidate Jon Huntsman? The Church of Jesus Christ of Latter-day Saints recently topped 14 million members, worldwide.

Fundamentalist Christians, and in this particular case Southern Baptists, dismiss Mormons as a “cult” due to a variety of doctrinal differences, but primarily because (a) they don’t accept the traditional (Nicaean) concept of the “Trinity”; (b) believe humans have the capacity, however unlikely, to someday obtain “godhood” of their own; and (c) have an extra set of scriptures (the Book of Mormon, Doctrine & Covenants and the Pearl of Great Price).

Well, OK. I don’t happen to accept those extra-biblical works as my scripture. But there are plenty of other examples of various Christian sects with commentaries, revelations, interpretations, etc., that can be argued to be (and are so debated) as “extra-biblical.”

If my upbringing as a preacher’s kid and my subsequent years of just living have shown me anything, it is this: no one has managed to grab the Truth with both hands when it comes to peeling away the layers of the Mind of God. All Christian expressions can be, arguably, accused of taking scriptures out of context to gird their particular doctrinal tastes.

In the beginning of this faith, it was not so difficult to know who was a “Christian.” Denominations, doctrines, creeds and arguments over whether the Father, Son and Holy Spirit were three distinct, separate personages, or whether they were aspects of the same singular (and beyond our comprehension) Supreme Being, did not matter.

Or, they did not matter nearly as much as being followers of Christ whose simple faith in the risen Lord was reflected primarily in how they lived with each other, and within a cruel, hurting world. 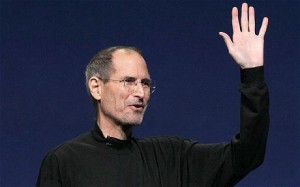 Today, it's all about Steve Jobs' gadgets — but what of the man?
archives most recent
More from Beliefnet and our partners
previous posts