Halloween: Devil in the details of the holiday, or the distraction of misplaced angst?

When you are raised in a fundamentalist, Pentecostal preacher’s home, there’s usually just no debate about it: Halloween is when the Devil runs amok, and real Christians have nothing to do with it.

Well, at least that’s how it started for me as a kid. In retrospect, I believe it was more a reflection of what the folks in a little church in a tiny central Washington wheat farming community felt, than how my folks did.

Wilbur, Washington, was where about 25 people attended my Dad’s church. The congregation was a smattering of farmers’ widows; a couple large families of Appalachian transplants with a fondness for mountain gospel ballads and autoharps; my mentally handicapped sister, Carolyn, me and my folks.

The fear of Halloween, then, should not have been a surprise when so many of the souls in our church — a converted one-lane bowling alley and two bedroom attached apartment that housed us — believed in folk magic, hexes and backwoods witchery.

We were there just a year. Wilbur’s main contribution to my upbringing was (with my Mom’s secret encouragement) turning me from the pacifist preacher’s kid the farm boys loved to beat up into thae preacher’s kid with a newfound, vicious left hook * and a quick learner of barnyard epithets.

(* The rule of PK fisticuffs, as taught by Katherine Mims, was first try to walk away. If that failed, turned the other cheek. Once. Then let ’em have it. Eventually, I found myself going to option 3 without stopping; less painful, for me, anyway).

Leaving Wilbur, though, meant something else rather cool for an 8-year-old kid: I finally got to go trick-or-treating.

Not that the anti-Halloween angst completely disappeared. Dressing up as a clown, Superman, or even one of the Wise Men (talk about mixed holiday metaphors) was acceptable. Demon and Devil costumes, Wolfman, Dracula and zombies? Noooo.

Bags of candy brought home, inspected for questionable things (like razor blades in apples, or suspiciously packaged treats that just might be X-Lax in disguise), and then a limited excursion into the Realm of the Sugar Rush was the high point. The remainder of that Halloween booty was parceled out for several days afterward.

Mom and Dad, other than those aforementioned restrictions, weren’t too impressed with some of the eye-rolling “It’s of the DEVIL!” sentiments of our co-religionists. (Just ask Pat Robertson, he of the go-ahead-and-divorce-that-Alzheimer’s-spouse advice).

I don’t recall there being alternative “Christian Harvest Festivals,” and for sure Dad never allowed a Christian version of a haunted house, i.e. the ones showing people being tortured in Hell, aborted fetuses and other evils of the world.

Decades later, Halloween just doesn’t send any chills (physically, or theologically) up and down my spine. It’s origins, despite what some uber-holy evangelists will tell you, just really aren’t that (doctrinally convenient) clear.

It might be connected, somehow, to the druids specifically, or the pagans in general. Or the Romans. Or it may just be a pinch of multicultural autumnal and harvest traditions winding back to the beginnings of human kind, and mixed up into yet another excuse for marketing gurus to push products.

The same might be said for Christmas, Thanksgiving, Easter, etc., all of which may now have specific religious references, but which also are appropriations — at least in part — of pre-Christian holiday traditions.

So, like I said, I don’t know enough to be an authority on the spiritual (hehe, Halloween . . .) good-and-or-evil of this holiday. But when you think about it, pretty much everything we touch as a species contains as much evil as it does good. We tend to thoroughly screw things up, especially when it comes to spiritual truths.

And really, fellow believers, there are plenty of real horrors and evil out there for us to battle; real things to be scared about. (Just watch CNN, MSNBC, Fox News, etc.,  for a few minutes to catch up on the latest in murder, mayhem, rage, death and destruction).

Exaggerating the perceived wickedness of a holiday, or just plain inventing reasons for righteous indignation about kids and their costumes on a chilly autumn night in October, seems a rather desperate distraction from our call to love, heal and minister hope to a suffering world. 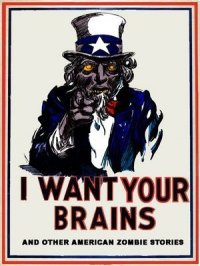 Zombies? No big deal. I knew a couple who attended my Dad's church . . .
archives most recent
More from Beliefnet and our partners
previous posts