Facing death for faith: Iranian pastor is not alone in a world of martyrs

I looked. It is, indeed, 2011. In fact, it’s nearly 2012. But if you think the blood of Christian martyrs was last shed in the Coliseum by the Roman Emperor Nero two millennia ago, you’d be wrong.

Most of the apostles of Christ died for their faith in him. But that was so long ago, we forget. But there has been a steady tide of believers’ blood since then. That tide has ebbed and flowed, to be sure. But in this age of instant, global communication, embracing Jesus as Lord still brings imprisonment, torture and death for hundreds of thousands of believers.

Oh, not in America. Here, persecution comes in the form of derision and social demonization, at worst. Elsewhere on this globe, though, the label “Christian” might as well read “Open Season” for religious and political foes.

Youcef Nadarkhani is an Iranian pastor imprisoned two years now, under sentence of death, for converting to Christianity and refusing to recant his faith as demanded by Iran’s Islamic extremist theocracy.

The threat of hanging, belatedly, has raised an outcry. The White House, finally, weighed in with a condemnation of the sentence. Christians and human rights groups have roused themselves to protest.

Iran’s reaction? More lies, as transparent as they are onerous. Suddenly, after two years of accusing Nadarkhani of apostasy, Iranian government officials now claim the pastor faces the death sentence for rape, and “security-related crimes.” A rapist-spy, then?

Adolf Hitler would have loved that, having once proclaimed: “Make the lie big, make it simple, keep saying it, and eventually they will believe it.”

But the Nazi madman had control of his nation’s press and broadcasts. Iran’s leaders, in the age of the Internet and border-crossing social media, cannot keep the truth from coming out. Less than a year ago, Iranian Supreme Court judges ruled on Nadarkhani’s appeal, upholding his conviction and death sentence on solely the grounds of his so-called apostasy:

“He has often participated in Christian worship and organized home church services, evangelizing and has been baptized and baptized others, converting Muslims to Christianity. . . . He denied the prophecy of Mohammad and the authority of Islam. He has stated that he is a Christian and no longer Muslim.”

Nadarkhani’s fate remains uncertain, likely the topic of diplomatic negotiations, or — as in the case of the recently freed Americans accused of hiking across the Iranian border — bargaining for ransoms disguised as “bail” ($500,000 each). Ultimately, as Nadarkhani and other believers worldwide accept, his future is in the hands of God.

There’s a bigger truth in all this, though: While Nadarkhani is the face of the ongoing persecution of Christians right now, he is hardly alone.

By some estimates, 200 million Christians in 60 countries are currently being denied basic human rights — such as freedom to worship, freedom of expression, even the ability to work — because of their faith. Between mid-2008 and mid-2009, according to The Voice of the Martyrs organization, 176,000 believers died for choosing Christianity over their cultures’ predominant faiths, such as Islam and Hinduism.

Of course, Amnesty International can tell you that persecution over faith choices does not solely rest with Christians. Iran’s ultra-Shi’ite Muslim regime also targets Sunni Muslims, Zoroastrians, Baha’is and other religious minorities. But Christians, given long and certainly shameful memories of the Crusades of the Middle Ages, seem especially hated where Islamic extremists, and not the majority moderate Muslims, hold sway.

I am a Christian. So, I pray for my brother, Youcef Nadarkhani, and the millions of other believers feeling the heavy, bruising hand of persecution.

But in our prayers, we should also remember those of other faiths who suffer for their beliefs, too. Our Jewish brothers and sisters have never stopped being targets of hate. In Bosnia and parts of India, Muslims are the despised; in Pakistan, Hindus are subject to persecution.

As long as freedom of religious expression is not universal, practiced in deed and policy as well as in United Nations proclamations, the blood of the martyrs will continue to flow. 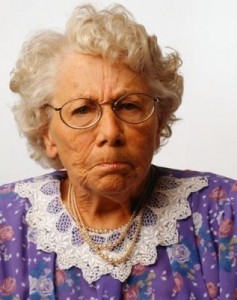 Hear the one about God . . . wanting you to read this blog?
archives most recent
More from Beliefnet and our partners
previous posts