Dead Sea Scrolls: From caves of Qumran to Google’s ‘cloud’

Nearly 2,200 years ago, members of such Jewish sects as the Essenes secreted nearly 1,000 biblical and related Jewish texts and records in caves along the northwestern shore of the Dead Sea.

As preservation goes, their instincts were pretty good. The dry desert air and isolated location of these document caches kept some of the oldest copies of scripture in existence relatively safe for millennia.

Now, thanks to Google, the Dead Sea Scrolls will be preserved in the Internet’s digital “cloud,” this rare spiritual data joining the cyberspace equivalent of the legendary Library of Alexandria – but one not vulnerable to fire, as that ancient literary treasure trove proved to be.

And the digital Dead Sea Scrolls will fare much better than the parchment and papyrus fragments recovered from the caves above Qumran.

In partnership of the Israel Museum in Jerusalem, Google has created a new website giving visitors the ability to view the Dead Sea Scrolls in graphic detail. The site also offers search functions for the documents, high-resolution images, educational videos and other information.

So far, the joint Google/museum Dead Sea Scrolls Digital Project has digitized five of the 972 scrolls, so they have a ways yet to go. But for now, visitors can peruse the Great Isaiah Scroll, the Community Rule Scroll, the Commentary on Habakkuk Scroll, the Temple Scroll and the War Scroll.

Technology has indeed come a long way since the days when Essene scribes scuffled up cliffsides in the Judean Desert to squirrel away their precious scrolls for future generations.

But the goal remains the same: to preserve something of the foundational words of, and about God of ages past for people of faith and history in ages to come.

Some things, in this case some of the best of human intentions, never change. 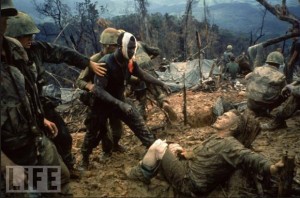 Are Christians ignoring the Prince of Peace?
archives most recent
More from Beliefnet and our partners
previous posts