9/11 ceremony: A matter of prayer, or creating controversy?

There are plenty of reasons for Christians to feel persecuted these days, whether at home or abroad. At home, the so-called “culture war”  has people of faith and the secular world more polarized than ever, and believers find themselves increasingly under fire as the rift widens.

Yes, plenty to legitimate reasons to be concerned. But New York Mayor Michael Bloomberg’s decision not to invite clergy to deliver formal prayers at a  9/11 ceremony  is not one of them.

That this will be the tenth year for this particular ceremony, which focuses on the families of the 3,000 victims of the terrorist attacks of Sept. 11, 2001, seems to have made people forget one important fact: This event has never had formal clerical prayers, instead opting for “moments of silence” for participants to contemplate or pray according to their individual beliefs and convictions.

Nonetheless, there’s been a knee-jerk reaction about this event. Evangelical Christians, feeling under assault on other issues, seem to blindly strike back — sometimes fighting the wrong battles. That’s the case here, where Bloomberg’s decision not to change the format, is being shrilly denounced as being part of a nefarious anti-religious agenda. Specifically, some say, Bloomberg decided to keep things as is in order to avoid having to invite a Muslim cleric, along with Christians, Jews, Buddhists, etc., etc.

“The bottom line is for 10 years we’ve been doing this for families, and we’re going to continue to do it for families,” Bloomberg explained.

There will, of course, be many other commemorations of 9/11 in New York, and elsewhere in the nation, that will bombard the heavens with prayer and affirmations of faith. But co-opting this particular event, turning what has been a victims’ family-oriented memorial into a parade of priests, preachers, rabbis, mudaris and/or imans, is not a battle we need — or should — fight.

That has not stopped the habitually outraged among my co-religionists from spouting angrily that Bloomberg’s decision is either anti-faith or cowardly, or both.

Mark Tooley, president of the Institute on Religion & Democracy, said Bloomberg is making New York spiritually “tone-deaf (by excluding) all religion when remembering the slaughter of over 3,000 innocents. To exclude clergy even at a memorial service implies that religion is not welcome in the public square, even in mourning.”

In other words, when it comes to prayers, Tooley apparently thinks that they aren’t heard (or at least as well)  if given in a moment a silence, but instead should be amplified from a stage by a procession of clerics adorned in their various vestments. . . and perhaps, egos.

If this is such a matter near and dear to Tooley’s heart, where was he during the past nine memorials for the victims’ families? Apparently, a moment of silence was fine for those events? 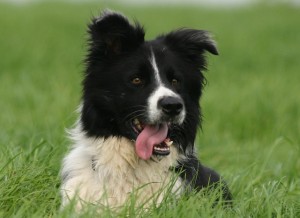 God's serendipity, and sermons -- from a sheep dog
archives most recent
More from Beliefnet and our partners
previous posts