Blasphemy laws are being abused in Pakistan

Blasphemy laws are being used to intensify persecution of Christians in Pakistan.

Already believers in Jesus have been targeted for decades. Now, police seem to look the other way when Muslim mobs destroy Christians’ homes or commit other atrocities.

Recently three Christian brothers in Gujranwala, Pakistan, were poisoned by their Muslim employers who were angered by their faith and their demands for pay.

The brothers had left their jobs as janitors at the Ferozewala Pul Banquet and Marriage Hall because they were not receiving their wages.

They returned when their employers promised them their unpaid wages, a promised bonus and overtime pay. However, instead of being paid, the brothers were harassed by fellow employees, mocked and called derogatory names.

When the brothers calmly requested their promised pay, they were threatened, then attacked. Poison was forced into their mouths. Their family was contacted after two of the brothers, Imran Masih, 29, and Irfan Masih, 25, died.

The third brother, Aakash Masih, 23, was rushed to a hospital in critical condition.

Masih means “Messiah” and is often taken as a surname by Pakistani Christians, who are systematically denied good jobs or education. Many Christians are only allowed to work as janitors or in demeaning jobs not desired by Muslims, such as emptying septic tanks.

Pakistan was formed in 1947 as a Muslim nation formed during the partition of British India. The constitution establishes Islam as the state religion. Evangelism of Muslims is banned. In 1998, Shari’a law was adopted, under which Christians have limited rights. For example, by shari’a law, a Christian man’s testimony in court is worth half that of a Muslim man’s. A Christian woman’s is worth only a quarter. Thus Christian women and young girls are frequent targets for rape – and justice for them is rare.

Two Christians, Imran Masih, 21, and Khushi Masih, 24, recently were injured by gunshots for refusing to convert to Islam while at a wedding in Chak, Punjab province. During the wedding, a group of armed Muslim youths surrounded them and began shooting into the air, as is a customary show of celebration at village weddings.

However, the Muslims then threatened to shoot Imran and Khushi if they did not recite the Islamic profession of faith. The Christians refused and instead recited Psalm 91. The infuriated Muslims then shot both believers in the chest and left them for dead. At last report, the believers were receiving treatment at a hospital and doctors were hopeful that they would make a full recovery. Police have yet to arrest the suspects, who have claimed that the shootings were an accident, according to Compass Direct.

In another Pakistan incident, a mob of Muslims has burned down a church building in the village of Jaithikey, Punjab province after a Christian man allegedly blasphemed the Koran. Two homes near the church were looted in the attack. The Muslims were earlier encouraged at the mosque to “give a lesson to the Christians.”

The 20-year-old Christian man, Fanish, was arrested for allegedly throwing away a copy of the Muslim holy book. Two days later, Fanish’s body was found hanging in his jail cell. Local Christians say the visible signs of torture on his body indicate that he was killed.

Allegations of blasphemy against the Koran are increasingly common in inciting crowds of Pakistanis to attack Christians.

One such mob of angry Muslims attacked Christians in Gojra, Punjab province, killing at least eight people, including a seven-year-old child, as well as burning and looting dozens of homes and a church building. The violence came in response to a rumor that Christians had desecrated pages from the Koran at a wedding in a nearby village.

In the village of Korian, another mob of Muslims burned down dozens of Christian homes, killing livestock and damaging church buildings.

In both attacks, Muslim leaders encouraged the violence, calling over mosque loudspeakers for the faithful to come to the defense of Islam.

In the village of Ittanwali, Aasia Bibi, 37, was arrested on allegations of blasphemy after witnessing about Jesus to Muslim women she worked with on a farm owned by a local Muslim.

A heated discussion ensued. Bibi told them that Christ died on the cross for their sins and asked them what Mohammed had done for them.

“Our Christ is the true prophet of God and yours is not,” Bibi said. “Jesus died for me. What has Mohammed done for you?”

The Muslim women became angry and began to beat her. Some men then locked her in a room. Muslims announced from mosque loudspeakers a plan to punish Bibi by blackening her face and parading her through the village on a donkey. Local Christians informed the police, who took Bibi into custody before the Muslims could carry out their plan.

She has since been condemned to death. When two prominent politicians came to her defense, both were assassinated. 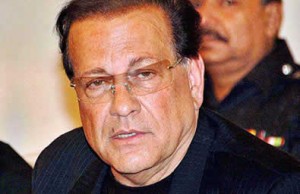 Assassinations kill chances of Muslim anti-blasphemy rule at the U.N.
archives most recent
More from Beliefnet and our partners
previous posts