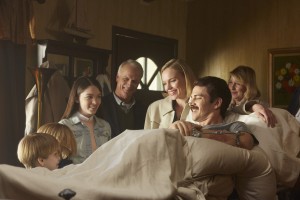 With hit books and movies like Heaven is for Real, the debate rages on whether or not people can die, go to heaven and then come back to earth to tell others about the experience. The Universal film, 90 Minutes in Heaven, a new DVD release available now, continues to fuel that fire, but to a lesser degree.

Even though that is what the title suggests, the story about Pastor Don Piper’s other-world experience takes second place in order of importance in this true life movie. The set up for the film is simple one. Don Piper was declared dead on January 18, 1989 when his car was struck by a semi-tractor truck while crossing a bridge. It was a gruesome site, but another pastor (who had been attending that same pastor’s conference as Piper) came up to the accident and felt compelled to pray for the person inside of the car. Piper had been lying there dead for 90 minutes but suddenly came to life after the other pastor’s prayers. During those 90 minutes, Piper had experienced a blissful existence in the heavenlies, only to have to return and endure months of pain and physical therapy. Instead of being joyful and full of hope, Piper was depressed and made everyone’s lives around him as miserable as he was. The film chronicles the events that led up to Piper being willing and able to share his heaven experience with others.

The film could has just as easily been called 90 Minutes in a Hospital Room since about 90 minutes of the film takes place there. Okay, maybe not THAT long, but you get the idea that this film is more about talk and less about action. Hayden Christensen does a fine job of portraying Don Piper but Kate Bosworth really shines as the no-nonsense Eva Piper, Don’s wife. In fact, the two almost look like a Christian version of Mad Men’s Don and Betty Draper. When Don’s character “checks out,” Eva rises up. The film doesn’t play her up as a saint, but rather, a supportive wife who is up to her neck in frustration of her husband’s negative attitude, the rising hospital care costs and caring for her kids. One scene tells it all when she arrives at a McDonald’s drive thru and rolls up her window to allow herself to scream, only to roll it back down again to hear the McDonald’s employee state that that item was not on the menu.
While the film begins with this family’s ideal life and some saccharine-sounding dialogue, the story goes on to show that these people are far from perfect, but by going through this trial, they become better people.

The acting in 90 Minutes in Heaven is especially good. Even with the stunt casting decision casting Michael W. Smith (who also wrote the music soundtrack for the film) as one of the church members and a family friend, does a good job. However, the film tends to drag on with little action or much levity and the McDonald’s product placement is a bit much. At least Ronald didn’t visit the good pastor in the hospital. While the film starts out slowly, it finishes up much better.

90 Minutes in Heaven in based on the best-selling book of the same name which has sold over 7 million copies. 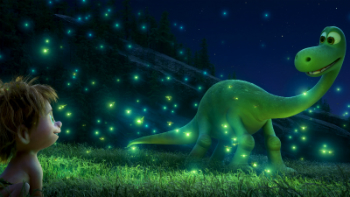