Set your clocks, Tushkateers*! The longest day of the year a.k.a. the Summer Solstice, is scheduled to arrive on Saturday, June 21 at 6:51 a.m. EDT, at which time the Earth’s northern hemisphere faces, most directly, toward the sun.

In that moment, or minute (6:51 a.m. EDT), the sun, when viewed from planet Earth, appears to pause and then reverse its direction.

What better way to celebrate, kick-start your summer, reverse any direction that needs to be reversed, than with a Sunny Summer Solstice Breakfast: Quinoa and Figs!

Instructions:
Place quinoa, orange juice, figs, cinnamon and salt in a saucepan.
Bring to boil, then reduce the heat and simmer 20 minutes until the liquid is absorbed.
Remove the pan from the heat, let stand covered for about 10 minutes. Stir.
Put in bowl.  Top with a dollop or two of plain yogurt.

from our country’s premiere Anti-Gravity Coach, Janice Taylor (that’s me), join Our Lady of Weight Loss’s Kick in the Tush Club/FB!

For the full skinny as well as Anti-Gravity Specials, sign up for Janice Taylor’s Kick in the Tush Club newsletter! 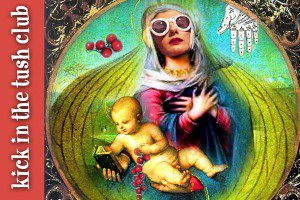 #OneWord Thursday: #Cry With a Pure Heart; See What Life Tastes Like
archives most recent
More from Beliefnet and our partners
previous posts