On the Fiscal Cliff with John the Baptist: Luke 3:7-18

Recently I had the unsettling experience of receiving unsolicited financial advice from John the Baptist. Not directly, of course— his counsel was mediated through an ancient codex, the Gospel of Luke. Written in the latter part of the first century, this text has been lovingly interpreted by monks, artists, preachers, musicians, and biblical scholars from past eras to today. Luke is a rich source of traditions about Jesus of Nazareth, and given the Gospel’s clear links to the stirring stories in the Acts of the Apostles, the ancient theologian is rightly considered to have been a brilliant historiographer of early Christian traditions. But it must be conceded that, wise as the ancient author doubtless was, his gospel is not normally consulted for financial planning.

Faith on the Record – The Fiscal Cliff

Jim Wallis, president and CEO of Sojourners, and Elizabeth Tenety, a religion editor at The Washington Post, discuss the Fiscal Cliff. The video is featured in the ON Scripture The Bible article, “On the Fiscal Cliff with John the Baptist: Luke 3:7-18.”

Yet there I was, making our end-of-year donations to charities and development organizations, when I heard the voice of John the Baptist, sardonic and insistent: “You brood of vipers! Who warned you to flee from the wrath to come?”

Was that what I was doing? The insult seemed a bit harsh. As an idealist, I’m not motivated by pragmatic tax concerns when making donations, so avoiding the wrath of the I.R.S. was not on my mind. Indeed, I was fairly pleased with our structured giving—in addition to pledging to two churches, we’ve been moving toward automated monthly donations to development organizations, and I was glad about that. Yet the voice of the Baptist wouldn’t let me rest: “Bear fruits worthy of repentance!” I thought of my friend Debbie, whose foundation is involved in relief work on two continents; I’m inspired by her efforts on behalf of the Akilah Institute for Women in Rwanda and other grassroots initiatives. Was I anxious that my failure to give more time and energy “on the ground” might incur the wrath of the whatever from high atop the thing? Advent is supposed to be a peaceful time of quiet waiting for the light of Christ. So why was I hearing John the Baptist yelling at me?

The forceful edginess of prophetic witness has always unsettled seekers and believers at unexpected times. Crowds had come streaming out to John the Baptist in the Judean desert seeking . . . what? Perhaps ritual cleansing to affirm their desire for God and their renewed commitment to holy living. Perhaps a deeper sense of belonging to this community whose identity had been shaped by the challenge to do justice and love mercy (Micah 6:8) for as long as anyone could remember. Some may have had no idea why they had come to the banks of the Jordan. They may have been spurred by an inchoate longing, a restlessness they could not name.

But come they did, in throngs—arriving just in time to be called a “brood of vipers” by this wild man, this unkempt prophet who seemed to live in the liminal space between everyday life and the dramatic inbreaking of the kingdom of God. On John as “wild man,” we can read Mark 1:6 and think of Samson. The figure of the wild man in ancient Near Eastern literature underlined the fragility of urban culture, expressing the ambivalence of “built” environments toward the untamable elements in their midst. The wild man served in a community’s story as an instrument of both risk and transformation. The wild-man-as-prophet uprooted city gates, as it were, opening the community to the Other and dismantling cultural complacency about established traditions.

This wild man, John, worked hard to disrupt the smugness of his listeners. Duly alarmed, they begged him for guidance on how to avoid the judgment of God. “What then should we do?”

The Baptist’s response: take care of those in need. Share clothing. Share food. John exhorted his hearers to commit to a radically hospitable relationship with the poor. And more than that, he insisted on the urgency of reforming structures of economic imperialism. Do not engage in exploitation or extortion.

My unease, this Advent, may have to do with how terribly far we are from economic justice two thousand years after the Baptist ranted at his original audience in the Jordan valley. The so-called fiscal cliff looms. Whatever our views on the various solutions being debated, each one of us knows that the poorest in our communities will suffer if bipartisan compromise cannot be reached. The jobless and the underemployed, children living in poverty, and other economically disenfranchised folks are facing a truly frightening New Year.

What will it take for us to become a global community that cares in a responsible and structurally sustained way for our poor?What then should we do?

Ideas matter, as every poet and intellectual warrior knows. Philosophers can continue to affirm the ethical imperative of Emmanuel Lévinas that we not let the Other die alone. Ethicists can continue to heed the exhortation of Traci West to disrupt unjust forms of social privilege. Economists and philanthropists can collaborate to refine the effectiveness of development models.

And listening matters. We can listen for the Word of God in its most creative and revolutionary forms. We can listen to John the Baptist, if we are unlucky enough to hear him yelling at us while we make our holiday donations. We can listen to the stories of neighbors who struggle to make ends meet and who are scared, bone-deep, about what will happen to their families’ finances when January comes. We can listen once more to the Advent story of the Light and hear how the darkness has not overcome it (John 1:1-5).

But until those in power come to understand the “good news” of justice—sharing what we have and declining to exploit others—we will continue to live in an economically violent world.

Perhaps we need to be unsettled, then. Unsettled enough to join a grassroots movement, to call a Congressional representative, to write a fierce poem about the desperation of someone you love who can’t get a job. Be unsettled! Let your unease burn bright and holy in the darkness of this Advent.

This blogger’s books at Amazon.com: 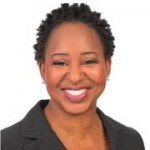 Who Was He? Malachi 3:1-4
archives most recent
More from Beliefnet and our partners
previous posts