Who was Abraham Lincoln? You may get different answers depending on whom you ask. He is known as the Great Emancipator. He was a self-taught rural Kentuckyian. He was a husband and father. Also, he was a pragmatic politician. The new film, Lincoln, seeks to address this question by focusing on the political struggles for the passage of the Thirteenth Amendment to the U.S. Constitution in the last few months before Lincoln’s death.

ON Scripture: Who Is the Messenger?

Nyasha Junior, assistant professor of Hebrew Bible/Old Testament at the Howard University School of Divinity, discusses the Biblical text Malachi 3:1-4, featured in the ON Scripture The Bible article, “Who Was He? Malachi 3:1-4.”

The film was directed and produced by Steven Spielberg and is based in part on the book Team of Rivals: The Political Genius of Abraham Lincoln by historian Doris Kearns Goodwin. Although the film had a limited release on October 8, 2012, the general release date of November 16th was scheduled after the 2012 presidential election in part due to concerns expressed by Spielberg that the film would be viewed in light of contemporary U.S. politics.

Recently, I saw the film Lincoln, and certainly, the parallels between Lincoln and President Obama are easy to see. Played masterfully by Daniel Day-Lewis, Lincoln is a second-term president who attempts to pass major legislation through a partisan, lame-duck Congress during a time of deep divisions in the country. Newly-reelected President Obama faces similar challenges. He is a second-term president who must contend with partisan politics while facing end-of-the-year spending and tax cuts in an increasingly polarized country. Furthermore, Obama has linked himself to Lincoln. For example, in 2007, then-Senator Obama announced his candidacy for president from Springfield, Illinois in front of the Old State Capitol as did Lincoln in 1858. Also, Obama used President Lincoln’s Bible at his swearing-in ceremony in 2008.

While it may be easy to see why some people would view the film in light of contemporary politics, Lincoln’s political context and Obama’s are quite different. Facile comparisons between Lincoln and Obama do both men a disservice since they serve in completely different contexts. The Civil War is not the war against terror. The abolition of slavery is not the fiscal cliff. After a point, our attempts to connect the characters and subject matter of the film Lincoln to current events seem rather forced.

Initially, I saw no connection between Lincoln and this week’s lectionary text, Malachi 3:1-4. After seeing the film, I was pre-occupied with its portrayal of African Americans as passive characters while White male characters serve as the agents of change in bringing about Emancipation. Yet, when I began to think more about how we interpret the film Lincoln and how we interpret this week’s lectionary text, I was reminded that often we attempt to force connections between our contemporary lives and the biblical text as well.

In Malachi 3:1-4, the Lord announces a plan to send a messenger to prepare the way of the Lord. “Malachi” means “my messenger” in Hebrew. In the Christian canon, the book of Malachi is one of the prophetic books and is the last book in the Christian Old Testament.

The book is a series of disputes between the Lord and the Lord’s people Israel. Although the lectionary text begins with chapter three, this segment of text is part of a larger passage in response to Israel’s question “How have we wearied [the Lord]?” According to the Lord, they have celebrated evildoers and questioned the Lord’s justice. Later verses in Malachi accuse others who have behaved improperly and have broken their covenant with the Lord, but in vv. 1-4, the Lord is addressing the Jews who reside in Judah regarding the corruption of the priesthood and inappropriate sacrifices.

The messenger’s role will be to “purify the descendants of Levi” in order to restore proper sacrifice and worship of the Lord. The Levites are one of the tribes of Israel, and they serve as priests according to certain biblical texts. Yet, the Book of Malachi reflects some ancient controversies about the priesthood. Who exactly was qualified to be a priest was a matter of great contention. For example, Ezekiel 44 suggests that the Zadokites should serve as priests instead of the Levites! That is, what we find in Malachi is a fight about the past that is fundamentally about the here and now. They were reading the texts of Scripture in light of their own particular concerns.

We do much the same thing when we read biblical texts. Despite the great historical and cultural distance between our lives and those of the original audience, we seek to find a new message that is relevant to our situation. There is certainly nothing new about this tendency. The Gospel of Mark seems to use Mal 3:1-3 in order to identify John the Baptizer as the coming messenger of Jesus. Also, in the Gospel of Matthew, Jesus uses Malachi 3:1 to identify John as Elijah. The use of a messenger figure is not original to Malachi. For example, the Lord sends a messenger (“angel” in the NRSV) to separate the Egyptians and the Israelites as they flee from Egypt and in front of the people as they enter Canaan.

The realm of politics is of course not immune to such reflections. When we invoke Lincoln in conversations about the Obama presidency, it is often not because of any curiosity about Lincoln’s impact on his time but because we wish to see some relevance for our contemporary situation. Nonetheless, historically speaking, there is no clear connection to make between the lectionary text and our contemporary period. We want to see ourselves in these texts, and we seek to interpret texts in new contexts. When we ask, “Who is the messenger?” we often mean who is the messenger for us. Of course, we read through the lenses of our own experience, but we must contend with the text. We need to be aware of our own questions and why we bring them to the text. Context matters. As do our questions. 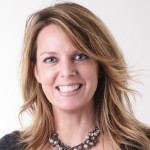 After the Chaos Ends: Jeremiah 33:14-16
archives most recent
More from Beliefnet and our partners
previous posts