The Trayvon Martin story is tragic for many reasons. We see one of them in what his death has again brought to the surface: deeply rooted convictions that the system is flawed. We have a hard time trusting the criminal-justice processes in particular cases when the system-wide injustices remain so persistent.

As Christians move into the week that most defines our faith, a week of remembering and reliving Jesus’ death and resurrection, this idea of a broken system provides an poignant setting for us to consider the ongoing significance of what happened to him nearly 2000 years ago.

“Tell me how you die and I will tell you who you are.”

So said the Mexican poet Octavio Paz. His point was that our deaths reflect our lives. The manner in which a person dies reveals something about who she really is.

Death gets a say in defining a person’s identity, even when the identity death gives is unfair or potentially dehumanizing, like “cancer victim.” Some people get fancy mausoleums; others wind up in a mass grave.

Likewise the death of Jesus is a key piece of understanding who he was. Death was more than something for him to endure, just so he could rise again. Jesus’ execution forever writes an identity upon him, as indicated in the Gospels’ accounts of his resurrection. His wounds don’t close up or turn to more seemly scar tissue; they remain, making him forever “one who was crucified.” He remains someone who was opposed. The Rejected One. The Humiliated One.

The manner of Jesus’ death tells us much about how his contemporaries viewed his life. At least, it tells us how those in power regarded him. He died a victim of Roman capital punishment, a special form of execution reserved for slaves, the lowest classes, and political insurgents. The two men exterminated alongside Jesus? They weren’t simple “bandits” or “thieves.” The word for them in Mark 15:27 referred in other ancient writings to revolutionaries. Jesus died, like the sign posted on his cross said, precisely because his deeds, words, and reputation were seen as contrary to Roman interests, promoting a different “king” and “kingdom” in a political setting with no tolerance for such longings.

From Rome’s perspective, this crucifixion was neither a case of mistaken identity nor a failure of the judicial “system.” Notice the scenes in which Jesus is interrogated; those who judge him understand his claims quite well. Jesus’ death was exactly what Rome demanded for someone like him, the predictable outcome of the life he led.

The account of Jesus’ “passion” (the word derives from the Greek term for “suffering”) in the Gospel according to Mark includes hardly any hints of hopefulness. It’s a dismal story, describing a man relinquished to human authority, to a system bent on destroying him.

Earlier in this Gospel, Jesus gave a blunt indictment of how human societies tend to operate. Leaders reassert authority by oppressing and tyrannizing their subjects (Mark 10:42). Jesus’ passion then becomes Exhibit A in proving his case.

We assume his death was agonizing; after all, we’re talking about crucifixion. But this Gospel draws no explicit attention to the blood and pain. Those are not the point. Rejection and isolation define the misery more than physical discomfort does. When his hour comes, everything and everyone fail him.

Other biblical authors eagerly tell about the benefits of Jesus’ crucifixion and resurrection (what God does, or what God fixes through Jesus). But Mark’s Gospel stands in sharp contrast. It says hardly anything about those topics. The book appears much more interested in guiding its readers into the story of Jesus’ downfall. It takes us into the drama, not to explain it, but to make us dwell there uncomfortably.

In dwelling there, perhaps we may glimpse something we recognize.

The story of Jesus’ death tells us much about him, and perhaps even more about his society. There was a tragic inevitability about Jesus’ execution; the deck was stacked against guys like him.

The manner of his death continues to speak critically about human society in general. About us. About our propensity to protect certain values at any cost. Whether those values are religious, political, or moral, too easily they seize control and blind us to what true justice looks like.

New Testament scholar Donald Juel put it like this:

“For us — as for Mark — the cross ought to be a sober reminder how easily the most noble motives can be perverted. It points up how quickly an institution can become an end in itself, stifling legitimate concerns of those outside that may seem to threaten stability. It illustrates how frequently insidious forces we scarcely notice can transform the best-educated, best-intentioned among us into insensitive leaders, desperately out of touch with what’s real. There’s something frighteningly predictable about the way [those who wield power] operate, eager to impose their authority on others, struggling for position.”

Race is the greatest predictor of who gets the death penalty in America, according to Bryan Stevenson, executive director of the Equal Justice Institute. Dozens of studies from states around the country confirm the same conclusions — that African-American defendants are more likely to be executed, as are defendants accused in cases involving white victims.

Again, from Octavio Paz: “Tell me how you die and I will tell you who you are.”

Well, if you die because a government has decreed it as a criminal sentence, chances are you live in China, Iran, North Korea, Yemen, or the USA.

If you die as a result of the death penalty in the USA, chances are you were too poor to afford your own attorney at your original trial.

If you die as a result of the death penalty in the USA, chances are you are an African American convicted of killing a white victim.

(For the sobering statistics behind the above “chances,” see here.)

Waiting For The End Of Tragedy

When Easter dawns in the Gospel of Mark, Jesus’ empty tomb intimates that flawed, destructive systems don’t get to have the last word about him. Or about us.

In the meantime, in our current realities, may our prayer resemble what Jesus prayed in the Gospel according to Luke: “God, forgive us; for we know all too well what we are doing.” 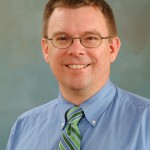 John 12:20 – 33: Who am I?
archives most recent
More from Beliefnet and our partners
previous posts