One of the issues that follows us throughout life is that of identity. Who am I? How do I define myself? And then, the surprising realization and question: who defines me? I’m not the only one to construct my identity. Many currents, influences, myths, and forces outside of myself frame me and who I am. I may be American, but if I’m also a Muslim, I’m sometimes under the suspicion of terrorism. This becomes an added layer to my identity.

National identity is a major current that molds imaginations. It shapes an identity as a people, as a nation for example “under God” (a significant but contested identifying marker). No matter how that particular national story is construed, the myth is established. We are a unique people with a privileged place. The American myth defines a nation: an open frontier, people chosen by God, freed from the past to lead into an unlimited future. Everything and everyone is there for us.

This is a strong, often unconscious, guide that impacts our speech with one another and shapes our perception of our bodies. The media uses this guide to create an image of the “real American.” There are graduations to the myth, conflicting identities within a larger identity (as we witness in the GOP presidential candidates’ debates) but the mythic identity remains in place.

Jesus confronts us with a radically different identity and identity-forming process, as he journeys towards the cross. Over the past few weeks, other ON Scripture writers have noted how the Gospel of John presents a clear image of who Jesus is from the get-go, as he cleanses the Temple in chapter 2, for example. Jesus is the Word of God who makes God known to us. At the same time, in John Gospel’s, Jesus is the one who stands among us as one “whom you do not know.” (John 1:26). Throughout the Gospel, Jesus reveals his identity through the many signs he accomplishes (turning water to wine, healing the blind man, raising Lazarus). And now, as he journeys through the final days before Passover, in and out of the city, towards the cross, he reveals an even deeper level of identity.

Irruptions on the way

In John 12, the “Greeks” make a surprising entry upon the scene. They are curious and want to “see” this Jesus. Almost nothing is said about them or why they ask Philip or why Philip asks Andrew rather than going directly to Jesus. By the term “Greeks,” a designation here for foreigners (Gentiles in biblical language, that is, non-Jewish foreigners), John indicates the ever-expanding reach of Jesus. The one whom we do not know is now drawing all the nations and all peoples to himself. The Greeks appear and disappear again almost without notice but their sudden irruption within the fabric of the story reveals something to Jesus: the hour has come. Jesus is already being “lifted up” even as he journeys. The hour has come for a full revelation of his identity. It is the arrival of foreigners, of strangers that identifies the crucial hour for Jesus.

This realization (that the hour and the end have come) unsettles Jesus. And we witness another side of Jesus, a more vulnerable side, one that does not appear as often in the Gospel of John. His soul is troubled. We had a glance of this side of Jesus in Chapter 11 when he wept over the death of his friend, Lazarus. We saw it again at the beginning of Chapter 12, when in deep gratitude he relishes in the washing of his feet by Mary. And now here, Jesus reveals a struggle, a struggle deep within his own understanding of identity, a struggle now witnessed in his dialogue with the Father, in prayer.

Once again, there is an irruption within the text. A voice from heaven, now God’s voice, breaks in on the scene. It sounds like thunder. A voice from outside (a foreign voice, an unrecognized, non-translatable voice) confirms the identity of Jesus as Word of God.

It would be too easy (and too dangerous) to say that Jesus simply “accepts” what appears to be a horrible destiny, chosen by his father. The grain of wheat must die; the one who saves her life loses it. In his prayer, which we might paraphrase as an instance of the Lord’s Prayer, through this voice irrupting upon the scene, Jesus dwells in his deepest identity, one that he had from the beginning.

God is not glorified by imposing a death sentence on Jesus. God is glorified by Jesus who is not looking to get something for himself but who simply wish that all may be drawn towards God’s gracious heart. Jesus walks this path that all may know God, not through ideology or patriotism or even theology, but in communion. The path Jesus takes, following God’s will, is not a path of sacrifice, self-immolation. Identity is not forged through a morbid, death-glorifying religious practice. This path, this identity finds its fullness in the joy of giving and in drawing all towards this love. In drawing all towards himself, a new identity is given: fullness, life, and eternal life.

A radically new identity: for us and God!

We wish to shape and mold our own identity. Unknowingly, we buy into the mold that is offered to us by the culture, by the American dream or myth of ever-open frontiers with “us” at the center. We judge others according to that mythical identity. All those who are not like us become objects of fear, immigrants who need to be expelled (or relegated to specific neighborhoods), Muslims who need to be under secret surveillance, tracking all their movements and conversations – even the conversation of children. We label the ones on the outside, the margins, as radical extremists (imposing that identity on a major religion). We even go to illegal means to maintain our control, power and identity.

Muslim groups have had varied responses to the revelation that a special unit within the NYPD has been monitoring their houses of worship, student associations and businesses across the Northeast since 2007.

In the end, we eliminate the possibility of the other, the “Greek,” irrupting into our tightly orchestrated scenario. We avoid the deeper confrontation with a God-given identity that speaks to truth deep within each one of us (Psalm 51) and to a heart that is reconciled, where we shall no longer “teach” or “say to each other: Know the Lord” for we shall all know God from the least to the greatest (Jeremiah 31:31-34), from the insider to the outsider, from national to foreigner.

The journey to the cross is not a glorification of death. Jesus invites us into a disruption of our tightly sealed, self-contained, seed-like identity into a God-given identity, blossoming in communion. 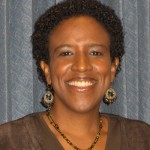 John 3:14-21: Bouncers and the “In” Crowd
archives most recent
More from Beliefnet and our partners
previous posts