When Herman Cain, standing knee-deep in seawater, finally conceded what was obvious to the rest of us, that his once full-steam-ahead presidential campaign had indeed hit an iceberg, he fell back on an ancient political tactic: he blamed the iceberg. “These false and unproved allegations continue to be spinned…and in the court of public opinion,” Cain said to his dazed followers, referring to rumors of marital infidelities, “so as to create a cloud of doubt over me and this campaign and my family.”

If there were not so many tragic overtones for Cain and his family in his downfall, this pointing the finger of blame at the media would be even more risible than it already is. Not only is Cain responsible for his own moral missteps, but also without the hyperbolic attention of the media, there would have been no Herman Cain phenomenon in the first place, no edifice to come crashing down. From start to finish, the whole Cain brouhaha was a publicity stunt gone haywire, and if the media had the power to bring him down it was only because the same media had latched onto Cain, an affable and loquacious retired pizza executive vastly out of his political depth, and puffed him up.

But even when the cry “I’ve been sabotaged by the media” is an obvious ruse, it still manages to gain some traction in the popular mind. Partly this is because many have a jaded, Fox News-fueled image of the press as biased and predatory. But, ironically, some of the response flows not from cynicism but from the wells of human compassion. Watching reporters chase Cain down the street, thrusting microphones mercilessly into his face, seeing the press camped night and day outside former Penn State Coach Joe Paterno’s door, viewing Michael Moore wrest a “gotcha” interview from a mentally struggling Charlton Heston arouses at least a measure of sympathy for the pursued, regardless of how much schadenfreude we may feel over another’s unraveling. At some basic level, we can imagine ourselves caught in the same unpleasant crossfire of interrogation. “You know it’s going to be bad day,” goes the old joke, “when you see a ’60 Minutes’ news crew waiting in your outer office.”

Obery Hendricks, an ordained minister and professor of biblical interpretation at New York Theological Seminary, asserts that presidential candidates often use the public’s lack of knowledge of faith to manipulate the electorate. Conservative candidates, in particular, he says, espouse policies that contradict the biblical ideals to which they subscribe.

At a much more profound level, though, blaming one’s disgrace on the media is often an effective ploy because it taps into a deep and universal human fear of exposure. In a world where no one can claim moral perfection, we wonder if some inquisition will finally disclose our ugly and shameful side. We wonder if some probing question hurled at us will reveal at last the truth we hoped to keep hidden, that our posture of moral integrity has its cracks. At this level, the media represent not only a quest for truth but also a zeal for judgment, searching eyes that submit human weakness and transgression to the full glare of public scrutiny. We fear that if our names are Googled some dreaded secret may surface, or that the next YouTube video may catch us in some embarrassing, personality revealing moment. The searchlights of the media are everywhere. As New York Times columnist Thomas Friedman told the National Press Club, “In a world where everyone has a cell phone with a camera, everyone’s a paparazzi. In a world where everyone has a blog, everyone’s a reporter. Now… everyone else is a public figure, leaving digital footprints everywhere.”

The fear about exposure and judgment comes to white hot focus in a remarkable biblical story, told early in the Gospel of John, about an investigative team dispatched from the capital city to interrogate an enigmatic preacher named John the Baptizer. The narrator tells us little about John; it is assumed that the reader already knows a bit about John’s reputation, that he worked in the wilderness area along the Jordan River and that people who wanted to make a fresh start in their lives would come to him to hear his message and to engage in an act of ritual washing.

But John was not just a rural preacher; he was also a threat to the powers that be, even to the Roman government. Because his message was, “Make straight the way of the Lord,” he challenged all those from Jerusalem to Rome who depended upon ways being crooked rather than straight, who rested their fate and fortune on the ways of greed or power rather than the ways of God. He was a prophetic version of the Occupy Wall Street movement– easy to caricature, but not easy to dismiss.

So down from the capital came the interrogators, and the result was a fierce press conference. “Who do you think you are?” “Do you think you’re the messiah?” “Are you representing yourself as Elijah?” “Why are you baptizing like this?” “What do you say about yourself?” The questions ricocheted like rifle shots off canyon walls. The aim of these queries was not to imply something false, but rather to reveal some damaging truth, to show that this threatening figure of John was just a cracked and broken cistern like the rest of humanity. Maybe he did think he was Elijah incarnate, or worse, fancied himself the actual messiah. If so, John would be splayed out like a mere politician on the campaign trail, revealed as a damaged and flawed human being, full of worldly ambition, hubris, and self-delusion.

But John’s answer was surprising. “It’s not about me,” he said. “I’m pointing beyond myself to one who comes after me, to the Lamb of God. My whole life has now become a gesture to what God is doing to shake the foundations of the status quo and to re-create the world.” Because John had a holy vocation, not merely a human ambition, the fear of exposure before the glare of interrogation vanished. “Find all the flaws you want and smoke out all the vanities you can find,” he seemed to say. “The meaning of my life is not in what you think about me, but how you respond to the one to whom my life points.”

In this Advent season, would that our politicians have the faith to point, not simply to their schemes, programs, and proposals, but also to something beyond themselves, to the possibility that human life, yes even political life, might hope for something greater, might expect God to shake the foundations and to recreate the world not along party lines but according to justice. It would restore confidence in our public speech. And it would enable leaders who do not fear, even under the glare of scrutiny. As Martin Luther King, Jr., who was as pursued by the press as relentlessly as any public figure could be, said in his final speech in Memphis, “I’m not worried about anything. I’m not fearing any man! Mine eyes have seen the glory of the coming of the Lord!” 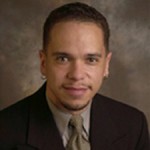 Mark 1:1-8: God Barges Into Our Lives
archives most recent
More from Beliefnet and our partners
previous posts