Beginnings can be abrupt. Our minds tend to search, often in vain, for the cause or the reason for a movement when, in truth, movements are frequently more the product of a confluence of causes or reasons rather than attributable to just one.

Something similar can be said of endings, as well. This appears to be the framework we are faced with in the Gospel of Mark — a narrative with an abrupt beginning and an equally abrupt ending. I must admit there is something “dissatisfying” about this arrangement. The other gospel writers sensed it, which is why they include things like birth narratives to soften the abruptness of the Jesus Movement. Other readers of Mark sensed it, which is why they added on to the abrupt ending of this text in later generations.

In order to see the provocative, even scandalous, nature of this abrupt movement described in Mark, we must peel back all the centuries of pious veneer that have influenced our experience of the story. We must move beyond the two thousand years of the rationale, “of course,” to the originating question, “why?” which would have been one of the animating questions that pulled in Mark’s readers from the start. The reason why we rely on the “of course” type of thinking is because the alternative makes us uneasy. The alternative is a demonstrably different philosophical, even metaphysical, attitude that assigns just as much importance to change as it does order. When we speak of God as the creator of the universe, or even when we use the language of God as father, we are referring to God as the source and even the sustainer of order.

Stability. Reliability. Predictability. Rationality. These are the character traits of the God of all creation. By contrast, the theologian John Cobb would claim that God is not only the source of order, but also the “basic source of unrest in the universe” (Process Theology, 59). That is, God put the system together and God shakes it up from time to time. This is what it means to be the God of the law (i.e., order) and the prophets (i.e., the critique of order and the call for change). This is where the beginning words of Mark point us.

“The beginning of the good news of Jesus Christ, the Son of God” (Mark 1:1 NRSV). This declaration tells us two interesting things. First, it suggests the coming of Jesus as the beginning of a movement. Such things can appear to be abrupt, at least to us. Why now? Why does God decide that out of all the times God could have intervened in history, this is the opportune time? As Isaiah 40:13 asks, “Who has directed the spirit of the Lord, or as his counselor has instructed him?”

We should resist the easy answer here. Movements are rarely considered opportune when they begin. This was no less true of the Jesus Movement than it was for the Civil Rights Movement or the LGBT Movement. We may sympathize. We may think someone should address the injustice. We may even think that we ourselves should become involved, but often it is just not the right time.

This was the kind of spirit Martin Luther King, Jr. addressed in his “Letter from the Birmingham City Jail.” A good number of people, possibly even a majority, told him they believed his cause to be right and just. It was just not the right time to start pushing for such social change. Yet, as King points out, “not now” always translates into “never.” Movements, whether they are divinely ordained or not, seldom, if ever, occur at the opportune time. Moreover, as with any true movement, the outcome is not fixed. One biblical scholar, Adela Yarbro Collins, wrote of this passage, “The narrative as a whole is open-ended, and important predictions and promises remain unfulfilled when the account ends” (Mark, 131).

Second, the opening statement in Mark suggests a subtle, yet important, shift in the Christian movement at the time of Mark’s writing: the Jesus who is “good news” has become the “good news” about Jesus. To put it another way: Jesus as an event, as in the letters of Paul, is itself good news. Jesus as the vehicle — the conduit — for the proclamation makes the message good news. Jesus as the content — the bearer — of the proclamation in himself, as portrayed in the Gospels, is also a way to construe good news. This is the funny way movements work at times. We look for a “face” for it, especially when we have a difficult time understanding it. Yet, when we would settle easily into making Jesus the face of God’s movement, the writer of the Gospel calls us to see something far greater at work.

Mark wants to ground this larger movement in the prophetic history of God’s work through creation. Although technically a mistake, Mark’s invocation of Isaiah is meant to remind us that movements are the result(s) of a confluence of prior events that may not make an impression upon us before they occur in our midst. (The mistake is that the entire quotation is not from Isaiah. The first half is from Malachi 3. The second half is from Isaiah 40.)

This movement we encounter in today’s text stands out because it comes to us in the wilderness. As a topographic metaphor, the wilderness is that place outside of civilization. It is that place on the fringes. The wilderness stands for what is untamed by civilization, what is outside of the structures and machinations of human beings. When God speaks, often it is outside of the noble confines of the stained-glass edifice. This is what Mark is attempting to tell us about how God works. God’s movement is often abrupt and unsettling rather than predictable and settling. 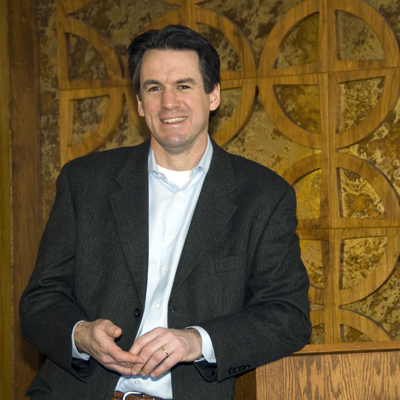 Mark 13:24-37 - Advent: One of Those Dangerous Religious Ideas
archives most recent
More from Beliefnet and our partners
previous posts