I left St. Thomas’ Episcopal Church in New Haven with a soaring spirit. The Lessons & Carols service—quintessentially Anglican worship interweaving Scripture and music—had just concluded. Particularly memorable had been a haunting setting by Roderick Williams of one of the seven Greater Antiphons of Advent: “O Adonai, et Dux domus Israel” (“O Adonai, and leader of the house of Israel”). This stunning piece has a dark edginess that beautifully captures what waiting for God can be like. Dissonances rise and clash above powerful choral continuities; impressions of order are challenged by free-form melodic descants; a tenor solo seeks valiantly to unfold the narrative of Israel’s redemption against the backdrop of luminous but subtly disturbing musical chaos.

O Adonai, and leader of the house of Israel, who appeared to Moses in the flame of the burning bush and to him gave the Law: Come to redeem us with outstretched arm.

As I drove away, I passed the turn that would have taken me to the other church in my life. St. Andrew’s, where I currently serve as a deacon, is just a few blocks away from St. Thomas’, but it’s in an entirely different world. The well-resourced St. Thomas’ is located in a lovely neighborhood with million-dollar houses along the broad, tree-lined streets. St. Andrew’s is in the troubled Newhallville area of New Haven. Across from the church is an overgrown vacant lot with trash and used drug paraphernalia caught up at the bottom of a chain-link fence. The neighborhood is plagued by crime; several shootings have taken place within a few blocks of the church in the past three months. With a tiny congregation and no endowment, St. Andrew’s struggles to stay open. It hasn’t helped that in recent months, the church has experienced two break-ins, an off-site robbery of its Sunday offering, and the home invasion of an elderly parishioner.

Mary had some thoughts on that.

Her Magnificat is a powerful poem that holds together the grittiness of life on the margins and the resilient hope of those who trust in God. Mary found herself pregnant and not yet married in an ancient culture in which coercive control of female sexuality was a primary measure of masculine honor. Mary faced an uncertain future at best and devastating retribution from her community at worst. Indeed, the Gospel of Matthew is careful to note that Joseph planned to dismiss her quietly rather than expose her to public humiliation (Matt 1:18-19): the latter scenario could theoretically have included stoning for adultery, according to Jewish law. So I don’t envision Mary as the radiant woman peacefully composing the Magnificat in Marie Ellenrieder’s 1833 painting, but as a girl who sings defiantly to her God through her tears, fists clenched against an unknown future. Mary’s courageous song of praise is a radical resource for those seeking to honor the holy amid the suffering and conflicts of real life.

Watch the ON Spirit Video:

Dozens of protesters flooded Brooklyn’s East New York neighborhood last week denouncing the widespread practice of foreclosure, both locally and around the nation. “We need to let people know that this community belongs to us, these foreclosure houses belong to us, and we’re out here to reclaim them,” said New York City Councilman Charles Barron.

The Magnificat and Memory
Mary’s hymn was influenced by the Song of Hannah, a triumphant paean to God dating centuries earlier. Hannah, a godly woman unable to conceive a child, finally becomes pregnant with Samuel, who will be celebrated in Israelite tradition as a mighty judge. She dedicates her boy to the Lord, singing of God’s power to overthrow the arrogant enemies of the lowly. Luke’s Magnificat draws on the Song of Hannah, inviting us to our own sources of memory to understand how God has transformed situations of risk and oppression. Gather with family to remember the stories of resilience that your grandparents told. Read David Levering Lewis’ magnificent two-volume biography of W. E. B. Du Bois to remember the uncompromising passion of the early civil rights movement. Check the blogosphere to stay mindful of the prophetic witness of Aung San Suu Kyi in the ongoing political conflict in Myanmar. Remember.

The Magnificat and Justice
Mary’s song promises that God brings about wondrous reversals in the world: showing favor to the uncredentialed and ignored (“the lowly”); rendering ineffectual the machinations of the arrogant (“scattering the proud in the thoughts of their hearts”); bringing down those who exploit positions of power; lifting up the poor. Reflect on the Occupy Real Estate movement organizing in East New York as you hear the Magnificat sung by this Judean woman who had to shelter in a stable on the night she gave birth. Consider the transformative potential of micro-lending and other empowerment practices supported by Five Talents and other NGOs dedicated to ending poverty. For women who strive to bring new Magnificats to voice: consider the feminist writing retreats sponsored by the Resource Center for Women & Ministry in the South. Build your own capacity to sing for justice.

Last week, my spiritual director recommended a book that he deems a contender for this year’s Pulitzer Prize for non-fiction: Steven Pinker’s The Better Angels of Our Nature: Why Violence Has Declined. Pinker argues that we have gradually become less violent, less bent on destruction of the Other, than we have been in centuries past. I’d very much like to believe it. One Amazon reviewer has called the book, hilariously, a “juggernaut of guarded optimism.” I love that mixed metaphor—it’s a pitch-perfect descriptor of the overcompensatory yet spiritually tentative ethos of North American secular culture. Mary has a word to speak not only to our faith communities but to secular culture as well: remember traditions of transformation, acknowledge the brokenness of the present moment, and dare to hope for a future in which justice reigns.

O Adonai, and leader of the house of Israel, who appeared to Moses in the flame of the burning bush and to him gave the Law: Come to redeem us with outstretched arm. 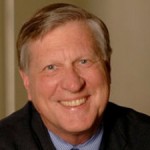 John 1:6-8; 19-28: Faith and Fear
archives most recent
More from Beliefnet and our partners
previous posts