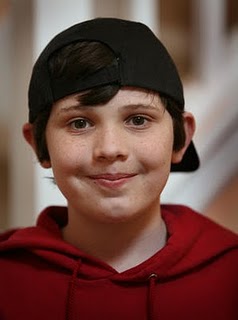 The diagnosis was grim – little Jacob Barnett was autistic.

He didn’t speak until he was two. The doctor said the toddler had Aspergers Syndrome, a disorder often characterized by a lack of communication skills, limited empathy with others and a tendency to take everything literally – particularly jokes.

However, there was something else.

He was fascinated with everything. His interest in stars led his parents to take him to a planetarium at age three.

“We were in the crowd,” remembers his mother, “just sitting, listening to this guy ask the crowd if anyone knew why the moons going around Mars were potato-shaped and not round.

“Jacob raised his hand and said, ‘Excuse me, but what are the sizes of the moons around Mars?’ ”

“Jacob looked at him,” recalls his mom, “and said the gravity of the planet is so large that the moons’ gravity would not be able to pull them into a round shape.”

Jacob also had trouble sleeping because he said he constantly saw numbers in his head.

At age 8, he sat down on his front porch and scanned the local high school’s math textbooks. Then, he took a placement exam – and qualified to skip 2nd, 3rd, 4th, 5th, 6th, 7th and 8th grade math … as well as high school algebra, geometry, trigonometry and calculus. 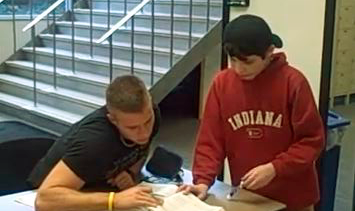 His parents took him to Indiana University-Purdue University at Indianapolis (IUPUI) where he was soon enrolled in advanced astrophysics classes. According to one of his professors there, he‘s the most brilliant student he’s seen.

“Is he a genius? Well, yeah,” IUPUI physics Professor John Ross told the Indianapolis Star newspaper recently. “Kids his age would normally have problems adding fractions – and he is helping out some of his fellow students.”

Recently, he began trying to explain to his mother his own “expanded version of Einstein’s theory of relativity.” Mom, not sure if the boy was talking nonsense, sent a video of him explaining his theory to the renowned Institute for Advanced Study near Princeton University.

There astrophysics professor Scott Tremaine – himself a world-renowned expert – confirmed the authenticity of Jake’s ideas.

In an email to the family, Professor Tremaine wrote: “I’m impressed by his interest in physics and the amount that he has learned so far. The theory that he’s working on involves several of the toughest problems in astrophysics and theoretical physics.

“Anyone who solves these will be in line for a Nobel Prize.”

Jacob no longer has to go to elementary school. On the university campus, his classroom presence can be unnerving for his fellow college students.

According to the British newspaper, the Daily Mail, Wanda Anderson, a biochemistry major told a reporter: “When I first walked in and saw him, I thought, ‘Oh my God, I’m going to school with Doogie Howser.’”

However, she added: “A lot of people come to him for help when they don’t understand a physics problem. People come up to him all the time and say, ‘Hey Jake, can you help me?’ A lot of people think a genius is hard to talk to, but Jake explains things that would still be over their head.”

One of Jacob’s instructors, Professor John Ross, said the 12-year-old’s performance in lectures has been “outstanding.”

“When he asks a question, he is always two steps ahead of the lecture. Everyone in the class gets quiet. Poor kid. He sits right in the front row and they all just look at him. He will come to see me during office hours and ask even more detailed questions. And you can tell he’s been thinking these things through.”

So, what does a genius who hasn’t even reached teenage do in his spare time?

He’s convinced the Big Bang Theory is all wrong.

He explained his objections to the Star. Basically, the popular theory adequately explains the creation of the universe’s hydrogen and helium, however there are big problems with other elements:

“In the Big Bang Theory,” Jacob explains, “what they do is, there is this big explosion and there is all this temperature going off and the temperature decreases really rapidly because it’s really big. The other day I calculated, they have this period where they suppose the hydrogen and helium were created, and, um, I don’t care about the hydrogen and helium, but I thought, wouldn’t there have to be some sort of carbon?” 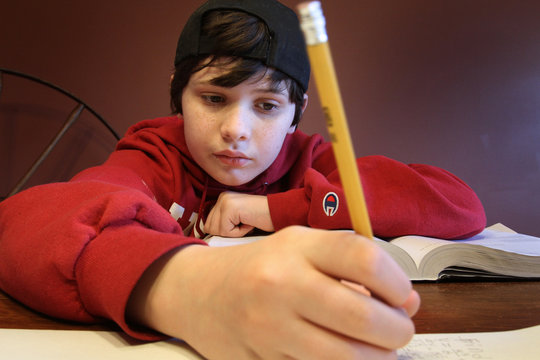 After all, he explains, “the carbon would have to be coming out of the stars and hence the Earth, made mostly of carbon, we wouldn’t be here. So I calculated the time it would take to create two percent of the carbon in the universe, it would actually have to be several micro-seconds. Or a couple of nano-seconds, or something like that. An extremely small period of time. Like faster than a snap. That isn’t gonna happen.”

“Because of that,” he continued, “that means that the world would have never been created because none of the carbon would have been given 7 billion years to fuse together. We’d have to be 21 billion years old and that would just screw everything up.”

Not bad for a kid the doctor says is autistic. 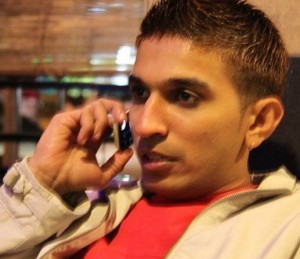