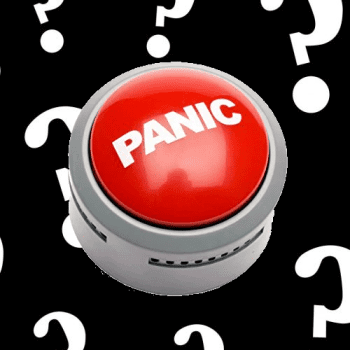 Hi! I’m back! I took some time off to reevaluate how I approach astrology and I think it has paid off. Did you miss me? I’m guessing maybe not as much as you might have otherwise because the world (as you may have noticed) has not become any less crazy recently. As an astrologer, I feel it’s my duty to get back on the horse and help straighten out the messes that many people are experiencing right now. And I have to be cautious about that because, to be honest with you Dear Reader, I have been looking at some of the things that have been said elsewhere about the upcoming Mars-Uranus-North Node conjunction in Taurus and frankly, I am bothered by some of the fear-mongering going on out there.

But first, let’s talk about the nature of this conjunction and why it has so many people’s knickers in a knot. The conjunction is exact at 18 degrees Taurus on the 31st but it is now in effect and will continue to be in effect for about a week after that. Mars represents things like anger and violence. Uranus is freakiness and unpredictability. The North Node represents some sort of karmic destiny that we are supposed to be seeking after. So it’s easy to see that if you take a “cookbook interpretation” approach to interpreting this transit you are likely to come up with more drama than the situation actually deserves.

(SNARKY ASIDE: The Vedic Astrology term for the North Node is “Rahu.” I’m no master, but I can do Vedic, and on rare occasions, I’ll refer to “Rahu” in a Western reading. But I’m afraid that when a Western astrologer says “Rahu” too often it sounds a little like that one friend of yours who lived in Spain for 6 months after college who now takes every opportunity she can to refer to Barcelona as “BarTHHHHelona.” So cut it out. END OF SNARKY ASIDE.)

For example, some people are fond of pointing out the last time this exact conjunction happened in Taurus was in 1855. Astrologers will often look at world events at the time a relatively rare conjunction happens in order to draw conclusions from it. On the one hand, this can be very useful. On the other hand, it’s not like you or I were there in 1855 or that all the planets were in exactly the same place as they are now. So it might be a bit much to look at a specific time in history when a specific conjunction happened and draw too many detailed conclusions. Besides, I know I didn’t vote for the Crimean War. Did you?

“But oh wait,” someone clever out there is thinking. “Crimea? Isn’t that Ukraine, and isn’t there fighting going on there right now?” Well, yes. But on the other hand, here’s a fun activity for you the next time you need to kill off half a day: pick a nice clear wall in your home and write the numbers 1 to 2022 on it. Throw a dart at the wall and select a random number. Suppose it’s “547.” Then go and look up if there were any major armed conflicts involving territory and/or ideology in that year, AD (suck it, Ostrogoths!). Repeat. Trust me: you’re going to need new drywall long before you hit three peaceful years in a row.

1) Don’t panic about this conjunction. In many ways it will help end a lot of blocks and frustrations you’ve felt in the last year or so. In fact, for those of you with major placements close to 18 degrees of Cancer, Virgo, Capricorn, or Pisces this could actually be good news.

2) Don’t spend your time and money on any New Age Practitioner who regularly gaslights people into being afraid only to turn around and sell “manifestation courses” to save you. Oh, wait… you don’t know anyone like that? I do. Drop by next time and I’ll tell you a true story all about that sort of thing…

Astrology For The Week Of March 21-27, 2022
archives most recent
More from Beliefnet and our partners
previous posts