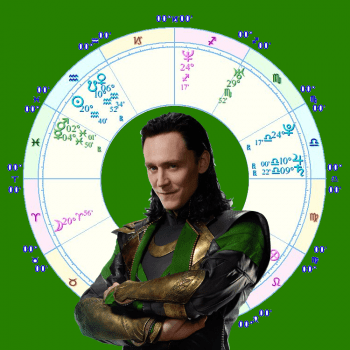 The Neptune Square is one of life’s major transits. It happens when you’re in your early 40s and it can leave you feeling incredibly discombobulated. It’s not usually as big or scary a deal as the Saturn Return — but nonetheless, it is an important time in one’s life. In some ways you can think of it as “your hopes and dreams turning out to be not nearly as good as you hoped or dreamed they would be.” You can find yourself in a difficult and unsettling emotional and/or spiritual position. It’s a call to arms for changing something or other in your life, at least partly related to the House that Neptune rules and/or resides in, in your birth chart. Mostly though, like many things involving Neptune, it can be inherently confusing.

And of course it doesn’t always have to bring bad news. Let’s take a look at the Neptune Square of actor Tom Hiddleston, who is approaching the peak of that transit right now. His life seems to be going pretty well, doesn’t it?

However, for reasons I will outline below. I’m still concerned.

Tom Hiddleston was born February 9 1981, time unknown, London, England. He’s been incredibly successful for the last several years, and that certainly hasn’t changed recently with the premiere of his new series, Loki, on Disney+.

By any reasonable standard, he’s having a fantastically productive time, and has done so since 2011 when he first appeared as Loki. Transiting Jupiter and Saturn in Aquarius have done (and will be doing) wonders for his natal Jupiter and Saturn this year. Of course, if you stick around long enough some transit or other will mess with you, and transiting Saturn will be on his Sun by the middle of 2022, and again around the end of 2022. The current Saturn-Uranus square is messing with his Nodes, but that’s mostly behind him. But transiting Saturn will also be trine his natal Pluto during that time. See? Not so bad, right?

So, having said that, why am I personally worried about Tom Hiddleston? For that, I have to bend my own rules about the role an astrologer is supposed to play.

When we as astrologers look at the patterns in a person’s birth chart. and in their transits, it’s easy to fall into the trap of assuming that you know what is in a person’s heart or mind at any given time. I hate to break it to you, but astrologers are not mind readers, nor are we Merlin (unless of course you happen to be Rick “Merlin” Levine, in which case: congratulations!). Even with an accurate time of birth (which we don’t have for Tom), no astrologer can stand inside the head of another person.

But personally? I don’t claim to be particularly “intuitive,” but I know this much: I’ve seen the look in Tom Hiddleston’s eyes sometimes, especially in interviews when he is not in character. And I’ve seen that look before in the eyes of a popular, well-loved, entertaining actor.

And that didn’t turn out well at all, at all.

NEXT TIME: We answer the real pressing question you all want to know the answer to… is Tom Hiddleston your Celebrity Soul Mate? 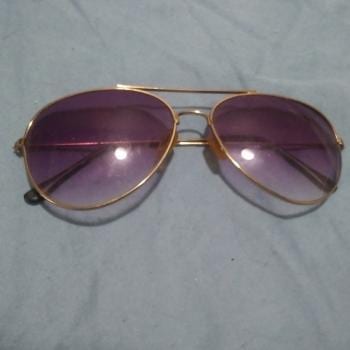 Mars In Leo 2021: Sunglasses (A Personal Tale)
archives most recent
More from Beliefnet and our partners
previous posts