Ask An Astrologer: Saturn Retrogrades (And Doom In General) 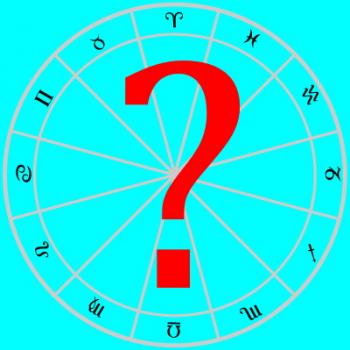 (This is part of the “Ask An Astrologer” series, where I occasionally try to demonstrate how getting a consultation can genuinely help and provide real guidance, using real-life examples. Want to find out for yourself? There’s a link to my e-mail at the bottom of this blog entry.)

First of all, let’s rephrase that so I can turn it into an entry for “Ask An Astrologer.”

“Saturn just stationed and turned retrograde EXACTLY opposite my Venus. Am I screwed?”

First of all, as you already know, if a particular transit is going to make trouble for you, it is highly unlikely that it will happen on the day that it is exact. But of course there may always other transits ready willing and able to trigger that trouble at some point.

I tend to take a fairly traditional and observable approach to astrology. I took enough Psych in college to know that most astrologers, myself included, should not pretend they are mental health professionals. Despite that, there is no question that some transits manifest in a largely psychological manner. And let’s be honest: transiting Saturn opposite your Venus is going to be a major bummer somehow. And, what’s more, transiting Uranus has just recently finished doing its worst to your natal Moon. You survived the worst effects of that, but emotionally you’re probably still ringing like a bell from the last year or so.

We can also have a look at how your life was running when this transit happened before. What was the second half of 1992 like for you? Most of the transits back then would have been different, so there’s no way you’re going to get the exact same results this time around. You can’t set foot in the same river twice, after all. But there will also be parallels.

I remember the day of my exact Saturn Return. It was heavy as hell, but the only thing really noteworthy about that day in particular is that I felt really… heavy. Doomed, even. And certainly, focusing on the fact that it was the exact day of my Saturn Return probably didn’t help much either.

This is something that can happen with new students of astrology, veteran pro astrologers, or anyone in between. We tend to look at our transits and isolate the one that seems to have the most potential for disaster, then go all Chicken Little over it. Yes, sometimes things do go horribly wrong in life, but humans also have a gift for imagining terrible things that could happen that don’t in fact actually end up happening.

Besides, did you happen to notice transiting Saturn is also sextile your Jupiter, and that transiting Jupiter is conjunct your Midheaven? It’s often best to be aware of the potential negatives but focus on the potential positives as much as possible. And when in doubt? Ask your astrologer.

Sexy Sexytime With Venus Sextile Uranus (SEX-tile! Get It?)
archives most recent
More from Beliefnet and our partners
previous posts

Your astrological birth chart is a basic recipe for who you are as a person. It’s the transits to that birth chart from where the planets are now that make things happen in your life. And one of the freakiest things about astrology is that those transits keep on telling a story even long after […]

It probably won’t come as a shock to most of you who’ve been reading my work for a while, but whenever possible I enjoy sitting outside, writing or getting my ideas. I’ve learned a lot about life just from watching the local animals. I think they’d actually made me a better astrologer in some ways, […]

A friend of mine who is not a professional astrologer (but knows her astrology better than some who will take your money to perform that service) has recently had some significant medical issues with her cat. I’m going to call the cat “Contessa.” Yes, that’s right — I take astrologer-client confidentiality seriously enough that I’m […]

Astrology And The Suspension Of Sha'Carri Richardson

American track and field sprinter Sha’Carri Richardson, who in April of this year became the sixth fastest woman of all time, has been disqualified from the Summer Olympics based on a 30 day suspension for the presence of THC in her system. This is the active ingredient found in cannabis. The astrology is fascinating… but […]