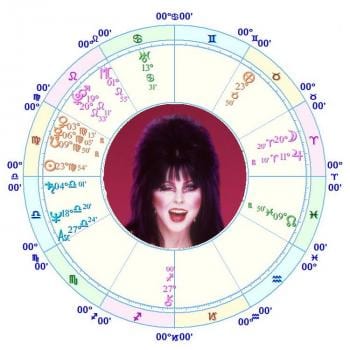 So many of us are facing difficult times now, and so many of us are crouched in dread fearing what will come next. As you can well imagine, many of my clients are now dealing with both bad circumstances and the fear of things getting worse. But there are two things I like to point out to my clients. One is that the absolute worst case scenario almost never happens.

The other thing I often tell my clients? Even if something terrible does happen, sometimes something wonderful can be built on top of it.

Consider the case of Cassandra Peterson, better known to the world as Elvira, Mistress of the Dark. For years she has been a cultural icon, beginning as the host of a late night TV horror movie show, and her fame extended beyond that. She’s funny, she’s charming, and exudes a kind of glamor that had rarely if ever been seen in the world before she showed up.

And yet all of that is rooted in tragedy.

It was the first week in April, 1953 when little Cassandra received burns to over 35% of her body, due to some carelessness with boiling water making Easter eggs. she spent 3 months in the hospital getting skin grafts, but there was still heavy scarring.

This, as you can imagine, had a dramatic impact on her life. But maybe not the the kind of impact one would have expected the at the time. Yes, her school years were rough. Her burns made her, in the eyes of the other children, a monster. But Cassandra learned to fight back against bullying the way many do: by developing a razor sharp sense of humor.

As for the astrology? Cassandra was born September 17 1951, 9 AM, in Manhattan, Kansas. Notice that she has Mars conjunct Pluto in the 11th House (or the 10th, if you prefer Placidus). Her sixth house of physical health and well-being is Pisces, and its modern ruler is Neptune and its traditional ruler is Jupiter.

When she had that terrible accident, the transiting Sun was conjunct her Jupiter and opposite her Neptune. I should also point out that by annual profections, she was in a Jupiter year. This would naturally tend to make the effect of transits to her natal Jupiter more powerful. That, and she was experiencing one of the rarest of transits: the Pluto return, closely conjunct her Mars.

In most cases, it would be a gross oversimplification to say that Mars and Pluto conjunct in her 11th House means “transformed by burns to be loved by millions,” and yet in this case that is exactly what happened.

Perhaps best of all, when it comes to illustrating what good can be made of a bad thing? Consider Elvira’s iconic outfit. You know: the low cut plunging neckline, the coverage of the waist emphasizing her shape, and the leg popping out?

Cassandra doesn’t wear that just because it’s sexy. She wears it because it strategically covers the 35% of her body that is still covered with scar tissue.

So: whatever difficulties the transits have you facing now? Even if something terrible happens, where there is life there is hope. Never forget that.

The Mars In Aries Report: September 14-20, 2020
archives most recent
More from Beliefnet and our partners
previous posts