Astrology And The Strange Death Of Orson Bean 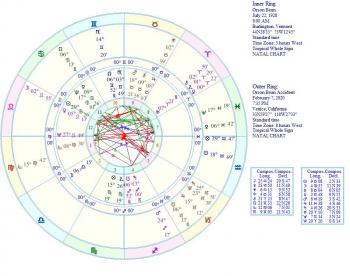 Like many of you, I woke up this Saturday and saw in my news feed that actor and comedian Orson Bean had died at the age of 91. And also like many of you, the following scenario played out:

Correctly predicting the date and method of how a person will die using astrology is pretty tricky, even if one knows what one is doing. I gave an example of that in my entry here about Kobe Bryant.

There are a lot of factors that go into calculating how a person might die. One of them is to look at the ruler of the 8th House in the birth chart. In the case of Orson Bean (born July 22nd 1948, 8 AM, Burlington Vermont), that ruler would be Mars.

His natal Mars is in Taurus, which is generally considered to be a debilitated placement. He also has Uranus in Aries in the 8th House, which is a possible (but not at all guaranteed) indicator of an unusual death. Furthermore, by annual profections, Orson was in what is called a “Mars year.” This is far from a guarantee that he was going to die this year either. He also had Mars years when he was 7 years old, 19 years old, and every 12 years after that.

It’s a little too simplistic to say that Orson was bound to die a “Mars death.” But even if one did, what would that even mean? Death by stroke? From working with machinery? In a fist fight? Juggling chainsaws? De-boning a chicken? In a house fire? Any or all of those could be considered a “Mars death.”

How he actually died is, if you’ll forgive the unintended pun, striking. On Friday at 7:35 in the evening local time, near his home in Venice California, Orson went for a walk (and by the way, going for a walk is a short trip, which is ruled by the Third House. The traditional ruler of Orson’s Third House is also Mars).

So he jaywalked, got hit by one car, and then hit by another car. According to police, neither speeding nor alcohol nor drugs nor careless driving were factors in his death. Orson Bean just got impulsive in the wrong way at the wrong time.

In conclusion: astrology can be difficult, especially when it comes to determining the time and means by which a person will die out. You know what’s much easier, though? Bloody well not jaywalking. 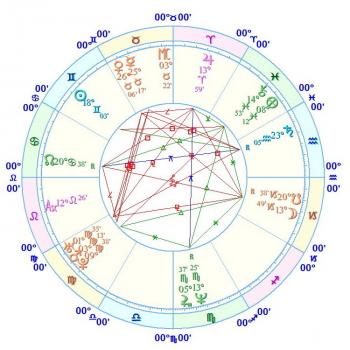 Astrology And Abuse: Johnny Depp And Amber Heard
archives most recent
More from Beliefnet and our partners
previous posts

The April 2020 Horoscope For You (And Everyone Else)

Saturn In Aquarius: A Pandemic Of Hope

(Wondering what the next few months hold in store for you? Write me with your date, time, and place of birth — and I’ll send you a free sneak preview!) Brothers and Sisters: I won’t lie to you. We are facing difficult times and it looks like things will get worse before they get better. […]

A Conversation With Saturn, In The Last Degree Of Capricorn

(Wondering what the next few months hold in store for you? Write me with your date, time, and place of birth — and I’ll send you a free sneak preview!) MC: Hey, how you doing, buddy? I wanted to talk to you — SATURN: “Buddy” is not a proper form of address for me. Why […]