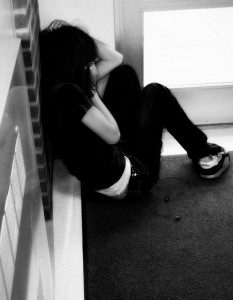 (This is Part Two of a three-part series. Part One was written back in 2013, and I had no idea it was going to be part of a series. CLICK HERE to read it.)

I have written here before on the subject of mental health, both in general and in specific cases, like that of (for example) Britney Spears. I’ve also written what seems like far too many articles about people who just snapped one day and started killing people.

Even without any knowledge of astrology, a good long look at what we call “mental illness” soon reveals the incredible complexity of the human mind — and any complex system can go wrong in complex ways. Whether it’s because of our improved knowledge of how the human mind works, or the increased and unusual pressures of modern living, or some combination of the two, there are more diagnosable mental illnesses out there than ever before.

The standard listing of mental illnesses used by psychiatrists is called The Diagnostic and Statistical Manual of Mental Disorders (DSM), now in its fifth edition. DSM-5 was published in 2013, and it is 947 pages long. When I was going to college and taking Psych in the 1980s, DSM-3 was only 494 pages long.

Who even knew back in the mid-80s that Premenstrual Dysphoric Disorder or Disinhibited Social Engagement Disorder were a thing? (Answer: no one, unless you had those things yourself — in which case no one was going to believe you, because it wasn’t in the DSM)

Does astrology make spotting any of these things any easier? It does, but… when you run down a standard checklist of astrological factors that can lead to mental illness, things are still incredibly complicated. Risk factors in the birth chart include:

-Moon, Mercury, Uranus, Neptune, or Pluto (and sometimes Jupiter) in a Sign where they are debilitated.

-Moon, Uranus, Neptune, or Pluto in the 3rd house, the 12th house, or (maybe) the 8th house (and sometimes Jupiter).

And hey, do you like asteroids? We’ve got Chiron for you! Also: I came across a website run by someone who implicates a lot of asteroids in matters of mental illness. A lot. How many? I don’t know. I gave up counting after about 45 of them.

If you’ll forgive me for quoting Charles Manson… it seems as if “years ago, it meant something to be crazy. Now everyone’s crazy!”

It takes a lot of discernment to be able to spot genuine risk factors of mental illness in a birth chart. One thing I have definitely learned though over the years is that if there is some form of mental illness with a client, it can be relatively easy to spot when that illness will be at its worst, based on the transits. In other words, I’d love to do a reading for you… but I’m not going to diagnose your mental illness though. Go see a qualified mental health professional for that, then come back and I’ll let you know what times you will be at maximum risk of suffering the most from it. Or: we’ll figure things out as best we can together, and then go see a mental health professional.

On that note: I do hope you all come back here Monday. Every Monday morning I release a new edition of my podcast, Radio Free Astrology. This Monday I will be featuring a phone call with a client who is brave enough to discuss her depression and attempted suicide with us, and I will be looking at her birth chart and the transits that triggered that Very Unfortunate Day. It’s informative and fascinating stuff, and I hope you don’t miss it. 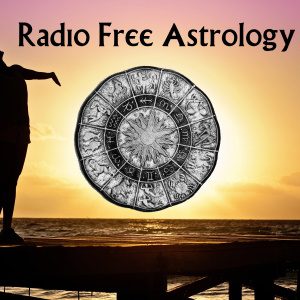