Some Speed Dating Notes From Venus In Aries 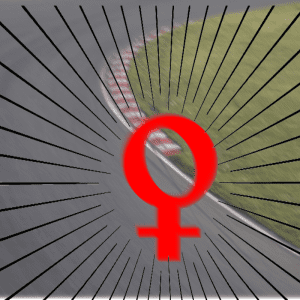 Venus enters Aries on April 20th at 12:10 PM Eastern time, and not a minute later. Whereas Venus in Pisces is usually thought of as all sweet and soft and romantic, Venus in Aries is a lot more blunt and is in much more of a hurry.

Venus will be making several aspects to other planets between now and May 15th, when it enters Taurus. These aspects will all have an influence on people’s love lives, budgets, and diets. Anyway, Aries is in a hurry. Think “speed dating.”

There’s your comedic premise all set up for you. Go!

The first guy I meant seemed to have a lot going for him. Compassionate, wise, and concerned about my feelings. But then it went bad. I suddenly realized he reminded me of the first man who ever kissed me. Unfortunately that was my Uncle Jeb. Ewww.

So these two guys, I think they were twins, showed up at the same time and tried to talk to me at the same time. One of them was all hung up on the fabulous plans he had for the two of us in future, and the other one just kept dwelling on the past. I told them both to get lost.

This guy was harsh, insensitive, and critical. A real meanie. the thing is though, by the time he left, he had signed me up for an investment plan that I didn’t want and can’t afford. I feel alone now.

He was hilarious! So funny and quick-witted. Good looking too. we laughed and got along really well. So well in fact, but by the time the bell rang and he had to move on, I had forgotten to get his phone number.

Creepy! I think he said he was a mortician or something. Still smelled a little like formaldehyde. He seemed to have a lot of depth going for him but by the time he left all I could do was contemplate my mortality… and the possibility of me dying alone.

We have a winner! Sure he had charm and humor going for him, but mostly it was all about our intense sexual connection. And frankly by the end of an unsuccessful round of speed dating, I’ll take it. Met up with him for a little while in a broom closet after the event.

Made plans to meet Mars here at this buffet, but I had to wait most of the day until the dope texted me and told me he was in Cancer now. Men are stupid, and I’m hungry. 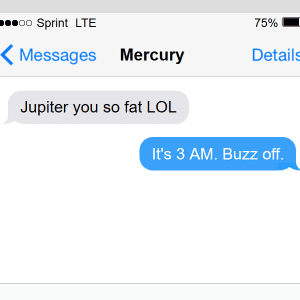