Saturn And Sexual Misconduct: Now What? 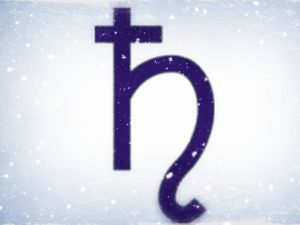 Just because Saturn is leaving Sagittarius and the Galactic Center doesn’t mean its effects on the Human Collective are coming to an end. If a transit makes your legs fall off on a Monday, your shoe budget will be reduced from Tuesday onward. Saturn’s influence on the Galactic Center (where we connect to things much, much larger than ourselves) this time around has had a lot to do with power dynamics. Specifically, the abuses of the power that one man has over another person that so often manifests itself as sexual misconduct, in all its forms. With Saturn entering Capricorn, we’ll now need to change the emphasis from “oh, isn’t that horrible?” to “what do we do about this?” both collectively and individually.

Collectively? It’s hard to say. I can easily imagine stronger laws against abuses of power, but making murder illegal never made murder completely go away, did it? Facing the problem of sexual abuse of power by men is as old a story as humanity itself, and (like it or not) we also need to act individually to stop it.

Oh, and yes: some of you are saying “well, sometimes women do that too!” or “but not all men are like that!” To which I can only say: “yes, you are correct. Now don’t let the door hit you on the way out.” This is about men, and you and I know it.

So, assuming you’d like things to change, here are some things you can do to help:

-If you look at the chart of Famous Man Accused Of Groping, and say something like “he has such and such conjunct whatever, therefore he’s obviously guilty,” then you may have a point… but you’re still wrong. The birth chart tells us all sorts of things about a person’s proclivities and potentials, but nothing about the moral choices that person will make. God didn’t make wind-up toys.

-When you call for the resignation/arrest of Celebrity A accused of sexual assault, but when you’re willing to give Celebrity B a pass on the same sort of thing maybe you need to understand the larger issue better… and maybe you’re unintentionally a part of the problem if you forgive the crime based on how much you personally like the criminal.

-If you automatically dismiss the accusations against Politician X because the accusers aren’t as attractive as Politician X’s wife, and Politician X therefore couldn’t have done it… maybe you don’t understand that sexual assault isn’t about “sexiness.” It’s about making an object out of another human being because you feel you have the power to do so.

So: give that some thought, because we need you on board to solve this. It’s not just Hollywood or politics or major clusters of power. It’s about the guy making up the shifts at your local grocery store, and the supervisor at your bank, and the self-appointed guru who tells you what you must be based on his profoundly wise insight into your birth chart.

We now have a chance to make the world a genuinely better place, in at least one way, than it ever has been before. Ever. You don’t want to miss out on being a part of it, do you?