The Aquarius Who Saved The World 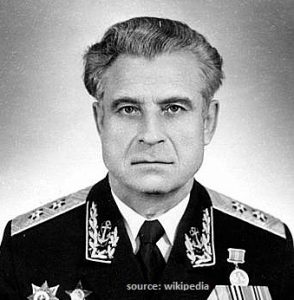 (This story originally appeared in my e-book, “Twelve Signs Of Love.”)

Aquarius doesn’t exactly have the reputation for being the most romantic of signs. Valentine’s Day itself is an Aquarius, and look at how often that occasion seems to fall flat.

The Water Bearer is traditionally ruled by Saturn, and the modern ruler is Uranus… the planet of strict order and the class prankster. When it comes to Love these qualities can be helpful, and even necessary… but are they romantic? Do they write Harlequin Romances about “The Man Who Had An Intuitive Flash And Organized My Filing System So The Most-Used Documents Were Readily Accessible”?

What love lesson can we learn from Aquarius? Personally, I think it’s the lesson of “not-me” in our love lives. Love… real Love… is a lot more than sweet words and sentiments and hormones. It’s action. It’s principle. And it’s never about just you, or just me.

Consider the Aquarian principles of rebellion and defiance. How do they apply to Love?

Vasili Arkhipov understood these things on a practical level. In true Aquarian form, he broke the rules in defense of a higher principle. And by doing so, he saved your life.

Let me pause here for a moment and say that again: Vasili Arkhipov saved your life.

It was October 27th, 1962 — the height of the Cuban Missile Crisis, and the group lead by the aircraft carrier USS Randolph had begun to drop practice depth charges, despite still being in international waters, in an attempt to force Soviet Foxtrot Class submarine B-59 to surface.

Bad communications, angry hormones, fear, a cramped and overheated command deck, and the distant rumblings of those depth charges caused the Soviet captain to assume that an actual shooting war had broken out. The Rules of Engagement the Soviet subs had been given included the possibility of firing weapons His Political Officer agreed that it was a good time to launch a torpedo. Specifically: a nuclear-tipped torpedo.

Remarkably at the time (and under those circumstances) launching a nuclear-tipped torpedo did not require all the frantic communications with The Kremlin one would hope for in order to prevent setting off Armageddon by accident. Launching that torpedo required only the consent of three officers, of whom the captain and Political Officer were two. The third key was in the possession of the First Officer… in this case, a guy by the name of Vasili Arkhipov.

Arkhipov didn’t concur with his superiors that it was time to unleash Hell on the world. Against the better interests of dogma and doctrine and at the risk of his own career — potentially even charges of treason — he refused to put his key in the lock and turn it. Vasili Arkhipov, born on January 30th 1926 with the Sun, Venus, and Jupiter in Aquarius, dissented.

You and I are alive and well today because of that one simple act of conscience. Civilization still stands because of it. If you were alive then, you did not die burning or choking on radioactive dust. If you hadn’t been born yet, then your parents were not vaporized or poisoned by radiation.

If that isn’t an act of love, I don’t know what is.

Aquarius knows where to draw its line in the sand. We all face moral decisions in our lives, and when we love another person, the consequences of our decisions become much larger than simply ourselves.

What will you do when the time comes when you are confronted with The Big Decision about your life and someone else’s?

The future awaits your answers.