(EDITOR’S NOTE: This blog entry contains spoilers for Game Of Thrones up to, but not including, tonight’s season finale. Given the nature of the show, here’s hoping the subject of today’s blog entry doesn’t die, but who knows?

Secondly: Matthew, if you are out there reading this, please start typing in your own blog entries. Hand-written notes on parchment are impractical, and that three-eyed raven that delivers them is giving us all the creeps.)

At any given time, there are always some people having good times and others having bad times. Of late, those born in the mid-60s and/or with major placements between 14-24 Gemini, Virgo, Sagittarius, or Pisces are taking it on the chin from the Saturn-Neptune square, aggravated by the March Solar Eclipse in Pisces (other groups are being affected by this whole mess too — click here for the details, and to see if you are on the Cosmic Hit list — the degrees being affected will be getting jerked around until the end of the year).

Perhaps the single most useful thing about getting a reading is the empowerment it gives you. We’re not talking about a “you have Venus in so-and-so, thus you still look great even though your world is falling apart” phony-baloney self-esteem boost. This is the kind of empowerment that comes from a clear-cut delineation of what’s going on in your life, why it’s happening, and (even better) when the bad times will end, how to make things better, and how to take advantage of the good times when they come — and they always do.

So what does all this have to do with Sansa Stark, from Game Of Thrones?

Consider this: over the course of the last five years since the character first appeared on TV (no, I haven’t read the books — maybe after the series ends, but not now) she has evolved and grown tremendously in the face of terrible circumstances. At first, she was just sort of a typical young girl (typical for fantasy fiction royalty, anyway), with a fondness for poetry and embroidery and a lot of the romantic longings typical of a young lady. Then some bad things happened to her.

How bad? Well, let’s see… she got engaged to a prince, who would later become king — but who turned out to be a monster who executed Sansa’s father. In time, her brother and sister disappear, her half-brother leaves her, she’s forced into a marriage she didn’t want, her other brother is killed at his own wedding reception, she gets framed for poisoning the king, is rescued by a con man of sorts who ends up getting her married off to a psychopathic monster who captured her ancestral home, and her brother is killed (after having thought he had been killed previously). Oh, and her pet wolf got killed. Did I miss anything?

I’ll bet that no matter how bad the last five years of your life may have been, Sansa’s had a much worse time of it than you have. But “bad times” are not a competition — they are a challenge.  Anyone could have easily collapsed and/or lost their mind under the circumstances Sansa has faced. Yet she has only gotten wiser and stronger, to the point where she now has the brains to go toe to toe with the biggest manipulator in Westeros (Lord Petyr Baelish, better known as Littlefinger), has a better grasp of military tactics than her half-brother (who has plenty of leadership experience), and took back her home. And she can still embroider like nobody’s business.

So: why use Sansa Stark as an example of how to survive and thrive when bad transits are hitting? Two reasons… one personal, and one based on history.

First of all, it’s fun to associate fictional characters with the qualities of astrological Signs. I’ve done that a time or two myself. It seems to me that Sansa is a classic Virgo. Why? Well, maybe I’ll get into that at some point. For now, just take my word for it, because it leads me to my second point.

Fiction speaks to us not just because of the escape it provides, but because of the way it reflects real-life truths back at us. Sansa Stark has faced more than her fair share of horrors and come out the better for it, without losing any of the good qualities she had when she was a little girl living comfortably in her father’s palace. And… spoiler alert for those of you who weren’t around for the 1400s… the political backdrop for Game Of Thrones is based largely on The War Of The Roses. After the horrors of that, guess who ended up ruling all of England? It was another red-headed Virgo… Queen Elizabeth The First.

Now, as long as Sansa doesn’t get killed in tonight’s Season Finale, that’s my story and I’m sticking with it. If for some reason she does, though? There’s still hope for you in your difficult times, and I can help with that. 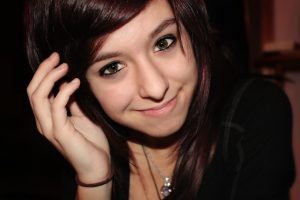