The Non-Panicked Guide To The Cardinal Grand Cross (Introduction) 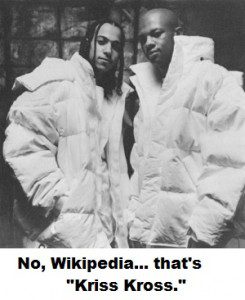 Many of you who are fans of either this blog or astrology in general will by now be familiar with the Cardinal Grand Cross. It is a particularly nasty-looking planetary pileup, in which Mars, Jupiter, Uranus, and Pluto will all be butting heads. There is a fair amount of panic in some circles going on over this, however in practice, that panic is not terribly useful or helpful.

Part of the problem with predicting the future with astrology is the same as predicting it with any other technique: when does an event actually start and end, and what’s an event anyway? Let’s say that next Tuesday at 11:35 AM your foot gets run over while you’re crossing the street. Although that’s an isolated incident in time and space, when did it really start? Did it start when you crossed the street? Did it start when the driver decided to answer the cell phone rather than concentrate on traffic? Maybe it started last night when you were at the grocery store and forgot to get flour for your recipe, thus necessitating the walk to the store in the first place. Can we trace it back to the day that driver started fighting with her boyfriend, thus causing the cell phone conversation which got your foot mashed? If so, why can’t we trace it back to the day she decided to go out with that jerk in the first place?

With astrology we can see larger patterns forming, and then look at smaller and more specific time periods when the transits of the faster planets will tend to set off specific events. If next April 22 your spouse turns to you and says “I want a divorce,” it’s not likely to be a spur of the moment decision prompted by Mars joining the exact degree of the Cardinal Grand Cross… it’s probably something that has been building for a while, and at least in theory it should be possible to see something like that coming.

Then again, try as we might, sometimes there are just days when life decides to run over your foot.

If you are naturally inclined towards panic, I admit that the month of April will give you plenty of opportunity for that. Not only is the Grand Cross coming but there is also a pair of eclipses… and let’s be honest here: people have been panicking over eclipses ever since the first of our primitive ancestors looked up, saw the sky going dark at mid-day, and started yelling about “a dragon eating the sun.”

Astrologically speaking, an eclipse in and of itself is not much to panic over, but it does set up the circumstances for things to go awry when other transits occur. And with the Cardinal Grand Cross happening, there’s plenty of “circumstances” to go around.

Between now and April 22 I will be covering the effects of the Cardinal Grand Cross and the two eclipses as it relates to various age groups. I find that approach is a lot more accurate and useful then simply saying “if you’re an Aries, prepare for challenges” or whatever. After all, every Aries is an individual with their own birth chart, so the circumstances will vary. However, for example, we know that if you were born between September 1976 in December 1978, this Grand Cross is going to be very significant, because it is affecting your natal Pluto. Just ask Chris Martin if you don’t believe me.

So, stay tuned folks. Things may get rough for you, but you’ve probably been through worse at one point or another in your life. And if things have already been rough for a while with you, we’ll do our best to figure out what you can expect from the grand cross, and what you can do about it. For now though, check out what I’ve written before about three of the four components of the Grand Cross: The Uranus-Pluto Square and Mars in Libra. Check in with me about this over the course of the next month or so, okay?

Now, let’s all calm down and relax with a gentle tune, shall we?

Want to learn the mysteries of your Vedic Astrology in an easy, fun way for one low price? Class has officially started but doesn’t really kick in until next week, so… CLICK HERE for details and the link to a free preview!