The Astrology Of Ragnarok: Let’s All Panic About The Cardinal Grand Cross!

The big astrological event of the season will be the Cardinal Grand Cross in April. This sort of thing causes plenty of excitement with astrologers, because a Grand Cross combines all the frustrations and tensions of a Square with another Square. Think of it as being the astrological equivalent of Godzilla vs. Mothra… and you are Tokyo.

By now odds are good you’re familiar with the Uranus-Pluto Square that’s been happening for what seems like a millennium (but has really only been a couple of years). By this point, it’s obvious the effects it has had on the world and on individual lives, but at the same time it’s so prolonged that it’s difficult to blame any one bad thing at any one time on that alone. It’s a little like asking “what did you do during the War, Grandpa?”: an accurate answer would be something like “mostly walk through mud and see a lot of foreign scenery,” when of course what you really want to hear is the story about that one time he took out an enemy machine gun nest armed only with a Hershey Bar and a board with a rusty nail through it.

What adds a particular tangy zip to the Uranus-Pluto Square is the inclusion of both Jupiter in Cancer (which is now squaring Uranus and opposite Pluto, thus forming a T-square… which is like the part of the movie where only one monster is stomping Tokyo) and then the addition of Mars in Libra to the mix by mid-April… which represents the part of the movie where the Japanese Army bails out and everyone starts talking about how maybe just nuking Tokyo outright may be the best move overall.

The T-square and Grand Cross will certainly be tense times for many of us though, and now and then over the course of the next two months or so I’ll be returning to this subject with advice, observations, and cold compresses as required.

Just keep in mind: bad times come and then they go, and you needn’t worry too much that the astrological events of the next couple of months are going to be particularly unbearable. Unless of course you’re in Ukraine or Venezuela or Fukushima, or somewhere else where the Cardinal Grand Cross hasn’t quite hit the fan yet, or you’re an investment banker.

I always tell my clients to bet against the End Of The World, because worst-case scenario, you’ll only ever be wrong once.

Oh, and speaking of which… Happy Ragnarok, everyone! 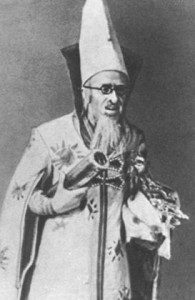 Why Am I An Astrologer?
archives most recent
More from Beliefnet and our partners
previous posts

When An Astrologer Objects To Your Wedding Plans

You know that classic scene in so many movies and TV shows, where someone is getting married and the officiant asks if anyone objects, and someone stands up and brings the ceremony to a screeching halt…? Anyway: this, recently from my email, We have a wild story and we decided that April 26th at around […]

(This is part of the “Ask An Astrologer” series, where I occasionally try to demonstrate how getting a consultation can genuinely help and provide real guidance, using real-life examples. Want to find out for yourself? There’s a link to my e-mail at the bottom of this blog entry.) KL writes: “From as far back as […]

Many people who are into astrology, and even many those who practice it for a living, have a reflexive fear of what is called the Saturn Return. They’ll tell you lots of stories about people who died around the age of 28 or so, and if they’re old enough they’ll likely recount some horror from […]

Your Moon Astrology Forecast For April 2021