(Part One is HERE, Part Two is HERE. Please read both carefully before you settle on what name you’d like to call me, because that’s what a scientist would do.)

I’ve had a lot of responses to my two-part series, in which I complained about the poor quality of Critical Thinking presented in The James Randi Educational Foundation’s booklet “Astrology: Science Or Superstition” (which they present as part of a series to encourage “Critical Thinking”). Once I weeded through the obvious ad hominem stuff (no, you’re a poopyhead!) and the detailed responses to the points I actually made in my blog entries (still waiting for that, truth be told), I found a few references to the JREF Million Dollar Challenge. I’m not going to go into detail here about the problems with the JREF Challenge — others have done a much better job of it than I can in the space provided me, and I invite you to read and evaluate those for yourself.

My original point was not to “prove astrology works” — you and I both know that whatever you or I believe, no single blog entry or series of those is likely to change your mind or mine. My original point was is that the vast majority of criticisms I see of astrology are not really based on how astrology is actually done. For example: dismissing the validity of astrology based only on a quick parsing of Sun Sign columns is as accurate and thorough as dismissing modern medicine based only on a look at your family history (Hey, all my grandparents lived into their 90s, so I can smoke, and drink and drive, and eat cheeseburgers, and juggle explosives while taunting bears all day long, because I’ve got genetics on my side, woohoo! Go Science!).

It seems to me that science works best (although I’m sure someone out there will correct me on this) when a neatly contained proposition is subjected to testing. So, let’s do just exactly that. In order to clarify any misunderstandings as to my purpose in criticizing the JREF booklet, I hereby announce The Matthew Currie Foundation Ten Dollar Challenge — based on the JREF Million Dollar Challenge.

The Matthew Currie Astrological Foundation (MCAF) (that is, me) will pay the sum of US$10.00 (Ten US Dollars) to any applicant who is able to sufficiently demonstrate and/or provide all of the following:

–That he or she is the author or co-author of the JREF booklet “Astrology: Science Or Superstition” (hereinafter referred to as “ASOS”). Proof of this can be provided by written confirmation, paper or electronic, from any member of the JREF Board of Directors.
–That he or she can provide a bibliography of sources used to write ASOS, and that said bibliography include at least one source written by a current professional astrologer and/or a publisher of astrological books, services, or products (unless said source is deceased).
-That he or she will address in a public forum the specific points raised by my blog entry on Beliefnet entitled “Dear Skeptic, Part Two: Please Curb Your Dogma,” including, but not limited to:
“If it is not okay to refuse to hire someone because of their gender or race, is it okay to refuse to hire them because of their sign?” The applicant will provide at least three actual examples of when this has happened. One of them can be purely anecdotal, if you’d like. I’m not picky.
“Heliocentrism completely changed our view of the universe and our place in it. It left little room for astrology.” You will be asked to discuss how Heliocentrism changed the practice of astrology and/or how Heliocentrism invalidates astrology.
“Astrologers do not agree on which planetary positions cause specific traits or experiences.” You will be asked to provide specific examples.
“Astrologers have only recently recalculated the dates and have added a 13th sign.” You will be required to provide the source for this statement.

The public forum may be in person with witnesses, or (ideally) neutral ground somewhere on the Internet, to be decided by mutual agreement of MCAF and the applicant. Again: I’m not that picky.

Once your application is accepted (and unlike JREF, I will not require a doctor’s note) and the outlined procedures are followed, the applicant will receive a prize of Ten US Dollars, to be sent either via US Mail or electronically within 90 days of successful completion of the Challenge.

See guys? You don’t even have to PROVE anything — other than you wrote the booklet and that you did some honest, legitimate research for it. Easy money!

Now, to further borrow some wording from the JREF Million Dollar Challenge:

If the Prize is awarded, this would not mean that MCAF considers astrology to be invalid, merely that the applicant met the terms and conditions of The Challenge and was able to demonstrate that a basic understanding of astrology was used in the attempted debunking of astrology. However, MCAF will publicly apologize for having so badly misinterpreted ASOS, and hey… that ought to be worth something to you, right? Furthermore, MCAF (unlike JREF) does not claim sole ownership or distribution rights to any or all materials generated by the Challenge. It is the preference of the MCAF that the matter be as open and public as possible.

Also: I’d love to make the prize bigger, but unlike JREF, I do not have a magazine or fundraisers or donation drives or a board of directors or Penn Jillette backing me (which is a shame because overall Penn is pretty awesome). ASOS claims that “hundreds of millions of dollars” (source?) are made in astrology, but I assure you only a very very small percentage of that goes to me. But hey, it’ not like someone is asking all that much of you — just that you stand by your work and respond to the questions it raises, that’s all.

Also: from now on? I love all the comments and such I’m getting on this matter, but again: the intent of the original blog entries was not to “prove astrology” nor to claim any prizes. The original point was to point out the terrible, sloppy reasoning behind JREF’s booklet about astrology. If you can’t stick to that, you are kindly invited to take your Straw Men and crankiness elsewhere. Got that? Thanks for reading. 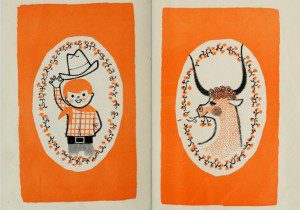 Ask An Astrologer: Are We Compatible?
archives most recent
More from Beliefnet and our partners
previous posts

Performance artist Alex Jones has been found liable in three lawsuits by the parents of children who died at the Sandy Hook mass shooting. Jones, as you may recall, got a great deal of attention out of his claim the entire shooting incident was what is called a “false flag” operation. For those of you […]