An Eclipse Falls on Bruce And Kris Jenner 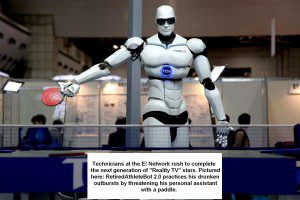 Regardless of the astrology involved, most people don’t just wake up one morning and say “hey, I think I’ll break up with my spouse and move out” without some build-up to that event first. But the transits of any given day can certainly be an influence, and can tell an important part of the story. Case in point: Friday’s Lunar Eclipse (which is already in effect) and the very public marriage (and recent break-up) between current Reality TV stars (and former regular human beings) Bruce and Kris Jenner.

(In case you missed it, here is my forecast for the Lunar Eclipse. You may not be on TV, but you might want to read it anyway.)

How are this break-up and its consequences connected to the Eclipse, if the break-up happened at least a week ago? It’s significant to note that although the split is in the past, it is only today… in the shadow of that Eclipse… that the couple have announced they will get divorced. Many couples don’t split for the sake of the kids, but in the case of Bruce and Kris, “the kids” apparently means “their TV show.” Bruce and Kris are staying together until their contract runs out for “Keeping Up With The Kardashians.”

“No one would watch if there wasn’t drama, separation leaves it up in the air and will make viewers want to tune in. But once it’s over, it will be over for the marriage too — once and for all,” according to Radar Online, who broke the news that the couple won’t be filing for divorce until their contract with the E! network expires. The news of the divorce didn’t come from the couple themselves. It came from a Higher Authority: their TV network. The truth is that the writing was on the wall for their show anyway, ratings-wise, so the split is probably a good idea for the two of them as far as fame and income. Emotionally? Who knows?

Bruce Jenner (born October 28, 1949, 6:16 AM, Mount Kisco NY) has his Jupiter (ruler of good fortune, and specifically money in Bruce’s case) at 24 degrees Capricorn. This is in a close square to the Eclipse Point at 26 degrees Aries/Libra. No matter what the circumstances, this was likely to be a bad time as far as his finances go. Also, Bruce’s Mars at 0 degrees Virgo (in one of those sensitive positions for athleticism that research has uncovered) is being opposed by transiting Neptune, which could make for difficulties around matters of surgery and/or anesthesia. Bruce, if you’re out there reading this: slow down on the face lifts for a while, okay?

Kris Jenner (born November 5, 1955, time unknown, San Diego CA) has that same Eclipse Point closely conjunct her Mercury and Neptune in late Libra. Mercury rules communications, and among other things, Neptune rules glamor, illusion, and show business. Since we don’t know her time of birth we can’t be sure, but one or the other of those planets likely has a strong influence on her career and/or money sectors. Kris, if you’re listening to me… you’ve got some decent transits coming up for you when it comes to fame and money, so if you need an astrologer, I’m here for you!

What’s next for Bruce and Kris? Probably separate TV deals. You needed an astrologer to tell you that?

What do I know about these two, as human beings? I admit, not much. Their facial expressions seem unreal (thank you, extensive plastic surgery!), and their personal lives seem manufactured for entertainment purposes. But at least there is one benefit to be had from all this: next time someone asks me if I think “astrology is real,” I will quickly and proudly be able to answer that, at very least, “it’s certainly a lot more real than Bruce and Kris Jenner.”

Your Lunar Eclipse Forecast, October 2013: When The Bugs Come In
archives most recent
More from Beliefnet and our partners
previous posts