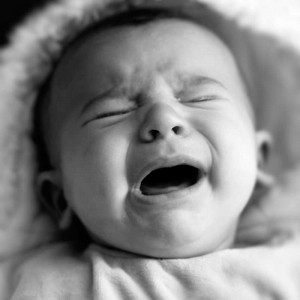 (Full disclosure: As a human being since even before I was an astrologer, I may be prone to inherent biases in my interpretations… and I’ve always thought Kanye West was a loudmouthed jerk.)

Previously, I looked at the symbolism of the Uranus-Pluto square through the lens of a fictional character: Walter White of “Breaking Bad.” This time, I will be looking at its observable effects on a more-or-less real person: Kanye West. The greatest star in music today (we know this because he told us so), Kanye West has had a couple of temper flare-ups in the last week. He took a swing at a photographer Friday morning, but that isn’t the incident he’s making his biggest headlines for recently. The world’s biggest rock star, wannabe architect, and fashion designer (because that’s what he says) has recently had a public feud with comedian Jimmy Kimmel.

Long story short: Kanye recently did an interview with the BBC in which he discussed the many fields of endeavor that Kanye West has partaken of, and was not the least bit shy about Kanye West’s awesomeness. Kimmel re-enacted the interview with children reading the dialog, and this neatly demonstrated Kanye West’s genius for being self-absorbed.

Mr. West didn’t take this well at all, going on a long Twitter rampage against Mr. Kimmel. I’d go into further detail, but the excessive use of expletives on Mr. West’s part made the whole thing pretty much unsuitable for Beliefnet and for more refined sensibilities such as your and mine, Dear Reader.

The real reason for all of this isn’t Kanye’s planet-sized ego (we know, because he’s pretty modest for a man who has by his own admission mastered music, fashion, architecture, film direction, and footwear), or his enormous arrogance (who are you to judge him anyway?) It is of course, all the fault of the planets Uranus and Pluto, with a helping hand from Saturn. Being a loud and obvious public super-genius is nothing new to Kanye, but recent transits appear to be amplifying his, um, brilliance.

Kanye (born June 8, 1977, 8:45 AM, Atlanta GA) is a Gemini, born with a Sun-Jupiter conjunction. The Sun in a birth chart is the Ego, and Jupiter is a natural amplifier for anything in the birth chart it touches. Put the Solar System’s two biggest gas bags (sorry, I mean “gaseous objects”) together in a birth chart and you have great potential for creativity, big thinking, and for being “larger than life” in general. Most astrologers would look at that combination. opposite Neptune (which among other things, rules delusion) in his chart, and declare Mr. West to be a bit too fond of himself, in much the same way that piranha is “a bit too unsafe to be a child’s pet.”

Such astrologers, of course, obviously don’t understand Art, or Artists, or Genius (and probably not sneakers either). With transiting Jupiter (our Solar System’s planet of amplification) now passing over Kanye’s Ascendant (which is how we present ourselves to the world), one can only naturally expect big pronouncements and big behavior. The fact that the Uranus-Pluto square isn’t doing anything good for Kanye… with Pluto squaring its natal placement in his chart and Uranus opposite that point…merely underscores his Genius. Normally that kind of astrological combination would have an astrologer saying things like “wow, you should really watch your temper and your sense of self-importance, otherwise you might really start alienating some people.” A typical astrologer would also point out that Kanye is undergoing his Saturn square, and with Saturn being the ruler of Kanye’s 7th House. (which rules marriage and partnerships), Kanye’s personal relationships are likely to be seriously tested. Saturn places limitations and frustrations on whatever it touches in a birth chart. By the end of the year, it will be conjunct the ruler of Kim Kardashian’s 7th House ruler. Stay tuned.

I’mma let you finish, Typical Astrologer — but clearly you don’t understand Kanye West. It isn’t his Ego driving him… it’s pure Genius Juice. Go ahead, ask him if you don’t believe me. It’s not your fault, Kanye — blame it on the planets! That Typical Astrologer might suggest that planetary transits merely give us the opportunity for us to act things out according to our own personal decisions. Kanye, of course, is waaaay better than that, and better than everyone else, for that matter.

With Pluto climbing slowly towards the exact square to where it was when Kanye was born, we can likely expect more outbursts of, um, creative temperament on Kanye’s part in the next few months… and perhaps sooner, what with a problematic New Moon coming up this Thursday. Those of you born between late 1976 and early 1978 are facing a somewhat similar predicament, but of course your individual results will vary. To be safe though, you’d better ask an astrologer about it before you have your next celebrity blow-up…

(More about Geminis (and not just the annoying ones) HERE.)

PS: Hey Kanye… check out what this upcoming Lunar Eclipse is doing to/for Kim Kardashian and your relationship…