Fail forward and keep pressing on

So what does it exactly look like to fail forward? Here’s an easy way to remember the seven components, which line up to spell the word “forward”:

F – Fail. This is the easy part, the part we all can do with confidence. To have to fail forward, you have to start by failing (Romans 7:15-19).

O – Own your failure. A key to failing forward is honestly admitting when you fail, something not easily done. You can’t move past something until you’ve owned it (1 Timothy 1:15).

R – Reach out to someone. This is where most people get stuck. Our shame and guilt from failing (again) tempts us to withdraw into ourselves, but as we learned in step six, freedom only happens together (Acts 9:10-17).

W – Wise up. Just because failure is inevitable doesn’t mean it should be intentional. As we learned in step eight, what are guardrails you can establish to keep from failing again in the same areas (Ephesians 5:15-16)?

D – Do something different. At the end of the day, what you did to get yourself to a point of failure didn’t work, so try something (anything) different (Ephesians 4:20-24). 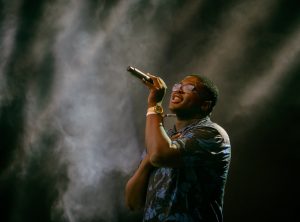