New data says that women are more religious than men but religion experts and women say their relationship to faith is more complicated than the numbers reveal.

Rachel Harkins Ullmann was working at a faith-based organization in Baltimore, Maryland, when she became pregnant with her first child. When she told her boss the good news, he dropped his cup of water and gasped in dismay — a reaction that set the tone for the talk that followed.

Throughout their conversation, Ullmann felt unsupported in her plan to maintain a leadership role while embracing motherhood. Reflecting on their discussion today, she remarked, “That was a big moment for me, that even in the 21st century these types of conversations happen.”

While Ullmann remains active in her church, her story could point to a looming crisis for religious institutions, according to religion experts. As women advance in the workplace, many feel squeezed out of their faith communities. For this reason and others, the number of females who identify as religious “nones” is on the rise.

Although new research shows that women remain more religious than men, some scholars question whether polls accurately capture the relationship between gender and religion or the complicated feelings many females have about their faith.

Religious leaders and others may need to work harder to ensure women feel welcome at worship instead of pushed out, religion experts say. Otherwise, they may abandon faith entirely, taking their children with them and leaving empty pews in their wake.

Why are women more religious than men?

There are several overlapping phenomena that combine to create a gap between men’s and women’s religiosity, according to Marta Trzebiatowska, the co-author of “Why are Women More Religious Than Men?”

For one, men are typically more active than women in the public sphere, so they’re more impacted by religion’s declining influence on that part of life, Trzebiatowska said. At the same time, “women’s social roles keep them closer to religion than men. Giving birth, raising children, looking after the elderly and the dying — these jobs bring women more into contact with religious officials and institutions.”

“The more time women spend caring for others, especially at crucial moments in the life course, the more sympathetic they are to religion in general, and organized religion in particular,” Trzebiatowska said.
Because men typically aren’t tasked with caring for and teaching children, they can be “more careless about their (religious) obligations,” she added.

This trend is so strong that it can lead women in interfaith relationships to pass along not their own faith to their children but that of their less observant husbands. Jennifer Thompson, a professor of Jewish studies at California State University, has found that non-Jewish women married to Jewish partners often end up becoming responsible for things like Sabbath and Passover observance. In some instances, non-Jewish wives actually do more towards creating a Jewish home than their Jewish partners, she said.

Women may also be more religious than men because they’re generally more social, said Ryan Burge, a political science professor at Eastern Illinois University who is also a pastor. Houses of worship, and the community they provide, exert more of a pull on them.

The limits of religion surveys

Burge and other religion experts believe the social component of faith could actually skew poll results, painting a false picture of the relationship between gender and religion. Some women may tell researchers they’re religious because they know they’re expected to be.

In other words, surveys showing that women are more religious than men might be thrown off by what’s called “social desirability bias.” The General Social Survey, one of the largest polls that asks questions about religion, is particularly susceptible to this problem because it has long been conducted in person, said Burge, who is the author of “The Nones: Where They Came From, Who They Are, and Where They Are Going.”

Another problem with polling on religiosity is that it rarely captures the complexity of religious practice, according to Landon Schnabel, a Cornell University sociologist and the author of the forthcoming book “Is Faith Feminine? What Americans Really Think About Gender and Religion.” Women sometimes appear more religious than men, or vice versa, simply because of the questions researchers choose to ask.

For example, if questions are about attending worship services, then, in a country like Israel, men will come out ahead. But you could take the same country and use different measures — like prayer within the home — and women would appear to be more religious than their male counterparts.

“It’s built into the (Jewish) religion that men would attend (synagogue) more than women. But when you look at different aspects — like lighting the Sabbath candles (a task that falls to women) — then the women can start to look more religious,” Schnabel said.

In some cases, the gap between women’s religious behaviors and society’s assumptions about them can lead to more than flawed surveys. Some females may choose to leave their faith community behind in order to relieve discomfort caused when they buck expectations, Schnabel said.

High-achieving women, in particular, can face pushback in religious spaces, as people like Ullmann’s former boss struggle to accept their career and family-related decisions.

This could be explained in a couple of ways, according to Schnabel. It might be that civically engaged men are more successful. Or it could be that high-earning men attend services more frequently because their fellow congregants are welcoming.

In a house of worship, a busy, successful man is often lauded because he fits the stereotypical idea of the male breadwinner — an ideal that is embraced in many religious circles — while a woman might be judged and censured for similar achievements, Schnabel said.

When an aspect of your identity is affirmed, he added, “you’re going to consider it more important and pay more attention to it.” But if an essential part of yourself is “sanctioned,” you may feel like you need to make a change.

Schnabel likens this dilemma to the experiences of members of the LGBTQ community who feel their faith and sexuality are in conflict. Just as some LGBTQ people may eventually come to feel like they have to choose between their religious and sexual identities, so do some high-achieving women feel as though they have to make a choice between their careers and their faith.

The gender gap and female ‘nones’

This could account for the growing number of female “nones,” religion experts say.

While men are still more likely to identify as religiously unaffiliated than women, females are increasingly distancing themselves from organized religion, according to Trzebiatowska.

To be clear, being a “none” doesn’t mean that you are without faith, she adds, noting that “‘nones’ can refer to people who are spiritual but not religious.”

Similarly, Burge points out that a majority of religiously unaffiliated Americans — and U.S. adults in general — still say they believe in a higher power.

“Ninety percent of Americans still want to believe that there is something out there, even though they don’t want to affiliate,” he said. “Most Americans just don’t believe in a lot of the trappings of religion.”

Women “nones” may actually be more likely than their male counterparts to remain in the “orbit of spirituality,” according to Trzebiatowska.

Even in predominately secular countries, women are generally “more interested in physical and psychological well-being, both of which form a dominant part of New Age spiritualities as well as many religious movements over the centuries. About 80% of people engaged in yoga and meditation and the like are women,” she said.

Trzebiatowska adds that “interest in well-being and embodiment, including holistic therapies and spirituality seems to be greater among women than men.”

As women’s relationships with religious institutions grow increasingly fraught — and some females leave organized religion altogether — the future of faith in America is in flux. Religious communities often depend on women to pass on their beliefs and practices to the next generation, Burge said.

“The most important (determinant of) your personal religion is your mother’s religion and not your father’s,” he said. “If your mother is a ‘none’ you’re more likely to be a ‘none’ than if your father is.”

Some women believe that religious institutions can address the looming crisis by creating more female-only spaces. Religious women need to feel comfortable bringing their whole selves to worship, said Mary Hunt, a feminist theologian and co-founder and co-director of the Women’s Alliance for Theology, Ethics, and Ritual.

“A lot of the things women do in terms of religion are not taken seriously,” she said.

While Ullmann doesn’t feel that women need to create separate spaces, she supports the idea that religious institutions need to leave behind old, problematic stereotypes. It should be clear that there’s not one right way to be a woman or mother, she said.

“Sometimes there are (religious) people who feel that the woman’s place is restricted to either the convent or the wife and mother who stays at home. But that absolutely is not true. There is nowhere that is found in the Bible.”

Reflecting on that moment her boss dropped his cup of water upon learning she was pregnant, Ullmann — a devout Catholic — said, “I can’t take that as what the church feels.”

That conversation, Ullmann added, only galvanized her. She walked away from it thinking, “I’m going to prove him wrong, and show him I have the skills to accomplish the task at hand and still be a mother.” The moment became a “beautiful launchpad” that set her on the path to her current role as executive director of The Given Institute, a nonprofit organization that was founded by nuns and helps young Catholic women cultivate their God-given gifts and leadership skills so they can have fulfilling and impactful careers that better serve the church and the world.

Regardless of current challenges, Ullmann feels the future of faith is female.

“I think we’re really just scratching the surface here of the opportunity to raise up Catholic women leaders,” she said. “I do believe that women will be the ones carrying on faith.” 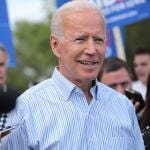