Last week, President Donald Trump vowed to put an end to the vandalization of monuments honoring people of the Confederacy, citing that statues of Jesus Christ and others would be next.

“I think many of the people that are knocking down these statues don’t have any idea what the statue is, what it means, who it is, when they knock down [general and president Ulysses S.] Grant, when they wanna knock down Grant,” he said.

A few days after his comments, Trump signed an executive order to put his words into action. The order instructs federal law enforcement to prosecute people who damage federal monuments. It also threatens to withhold federal funding from state and local governments that fail to protect their own public monuments and statues.

“I just had the privilege of signing a very strong Executive Order protecting American Monuments, Memorials, and Statues – and combatting recent Criminal Violence. Long prison terms for these lawless acts against our Great Country!” Trump wrote in a tweet.

The order calls for law enforcement to “prosecute to the fullest extent” anyone who “participates in efforts to incite violence or other illegal activity in connection with the riots and acts of vandalism.” Additionally, the order reads, “Individuals and organizations have the right to peacefully advocate for either the removal or the construction of any monument. But no individual or group has the right to damage, deface, or remove any monument by use of force.”

So far, there are no reports of people removing or demolishing figures of Jesus as part of the anti-racist protests that have erupted in the wake of the police killing of George Floyd. 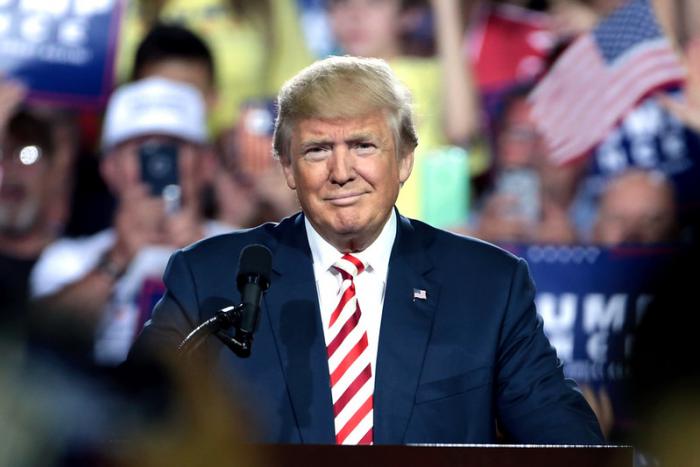 Under a Liberal Supreme Court, Religion Will Be ‘Almost Wiped Out’ Trump Says
archives most recent
More from Beliefnet and our partners
previous posts